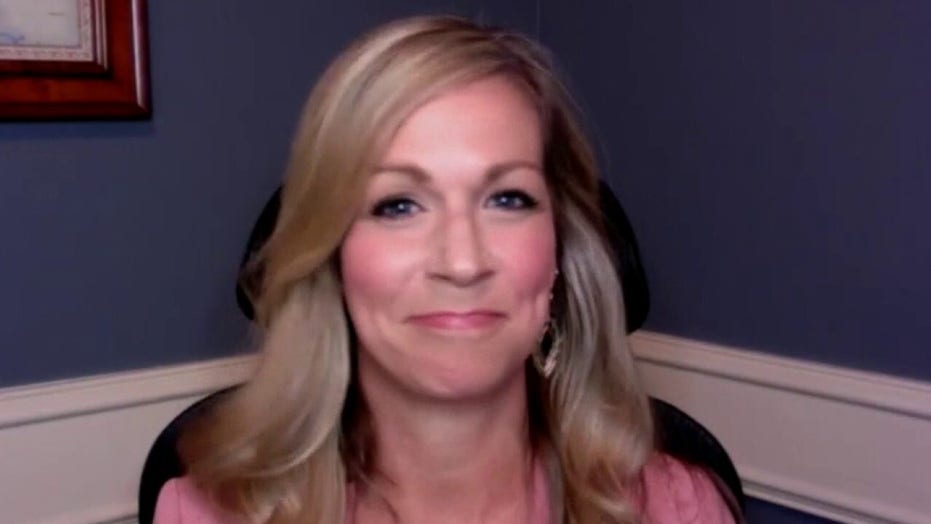 Irony alert: Ga. school board shuts down mom as she reads explicit passages from book from library

Parent tells Laura Ingraham that if she gave a child one of these books, she would go to jail, but they can still get it in our schools’ libraries.

The Georgia mom who recently went viral after reading sexually explicit content from a book available to high school students to a school board said other parents in the deeply red county were "afraid" to go up against the board.

"All of them were kind of afraid," Michelle Brown said of other parents in the lead-up to her addressing the board on March 17. "They didn't want to go up against [the school board]. So I thought, ‘Well, I’ll do it, I've done it before.' So that's when I started emailing them and then got up to speak. I had no idea that they were going to react that way."

A clip of Brown reading a passage from the book "Homegoing," which is available to high school students within the Cherokee County School district, received widespread attention this month due to a school board member cutting her off and saying the passage was "inappropriate" for any children who maybe listening. The meeting was being livestreamed.

GEORGIA PARENT READING SEXUAL CONTENT FROM LIBRARY AT SCHOOL BOARD MEETING IS CUT OFF: 'INAPPROPRIATE'

"Excuse me, we have children at home," Cherokee County school board member identified as Patsy Jordan told Brown after she read a sexually charged passage from the book.

"Don’t you find the irony in that?" Brown responded. "You’re exactly saying exactly what I’m telling you! You’re giving it to our children! I would never give this to my children!"

Cherokee County is a deep red county, with nearly 70% of voters casting ballots for former President Trump in the 2020 election. Brown said that the school district had a sterling reputation for years, but is now struggling with an increase in school administrators, more teachers leaving over critical race theory curriculum and larger class sizes for each teacher.

The school district told Fox News Digital Friday that Brown's claims about increased class sizes and the number of administrators is "false," adding that teachers have not resigned over CRT.

"The purpose of this is to bring awareness that if it can happen in Cherokee County, which is the top Republican, conservative county in the state of Georgia … it's happening everywhere. This isn't just happening in public schools, this is happening in private schools," she said.

Brown recounted that some parents were afraid to go up against the school board and show how books within the school district include sexually charged and inappropriate material for students to read.

Brown said "the school board is deemed a machine," that has "power over administrators, teachers and parents in the community" and intimidates parents into silence. Parents spoke up about critical race theory curriculum at the district at a board meeting last May, but were met with swift backlash and were labeled "as terrible and irrational people, domestic terrorists if you will" in the media, according to Brown.

The National School Boards Association had sent a letter to President Biden last year saying clashes between school boards and parents may amount to "domestic terrorism."

The school district told Fox News that the board "actually approved a resolution prohibiting the implementation of CRT" back in May and pushed back on the school board having a contentious relationship with parents.

Brown added that "this is not about book-banning," instead it’s about ensuring "obscene" material doesn’t wind up in the hands of children. 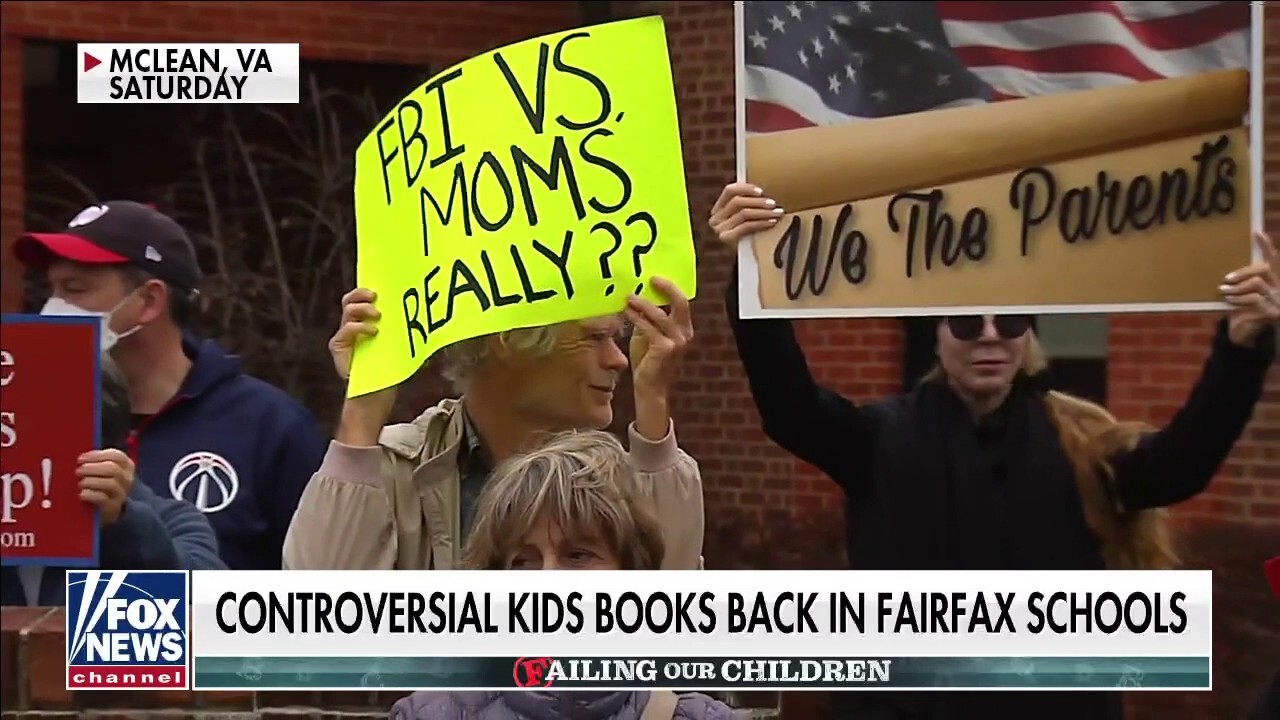 "These administrators need to be making sure that they are creating a safe environment for all children," she said, noting that children are subjected to "a silent trauma" after reading the material.

The appeals process of removing such books from school libraries is an uphill battle, and parents ultimately found the system is "broken," she said. Parents are also fighting a Georgia law "loophole" that allows "obscene materials in school and public libraries if they are deemed educational," according to Brown.

A group of more than a dozen parents began reviewing books found within high school libraries back in December and identified about 45 books they took issue with. They appealed 14 out of the 45 books, but the books won’t be fully reviewed until December of this year, according to Brown.

The parents also found that when a book is appealed, the school district buys a copy of the book in question for each member on the appeals committee. The committees are composed of about 20-25 people, including parents, students, media specialists, and educators, Brown said. Copies of the books are put into the libraries if they are not removed.

"What we found is that by going through this appeals process, we're making it worse … because not only are they not removing the book, but they're adding more to the system," she said.

The Cherokee County School District pushed back that the "challenge process is neither ‘lengthy’ nor 'broken,'" and has not had any previous complaints in the 20 years it's been in place.

The district's spokesperson called the process "simple" in a comment to Fox News Digital, explaining it begins with a parent talking to a school principal, and moves to an "official challenge" if concern over a book can not be adequately remedied at the school level. The book in question is then taken up by a committee for review before a decision is made. The committee is large enough for two challenges to be reviewed simultaneously, according to the district.

CCSD added that it received challenges to 13 books and one assignment from a group of seven citizens and the reviews are slated to be completed by May.

Brown has called on parents to get involved with what their children are learning and go directly to schools to ensure the reading material provided is appropriate.

"I am hoping all of this attention empowers our parents, and other parents out there, to stand up for what’s right for their children. When they contact me to say thank you, via private messaging, not even publicly, I ask them to join me in speaking up," she said.