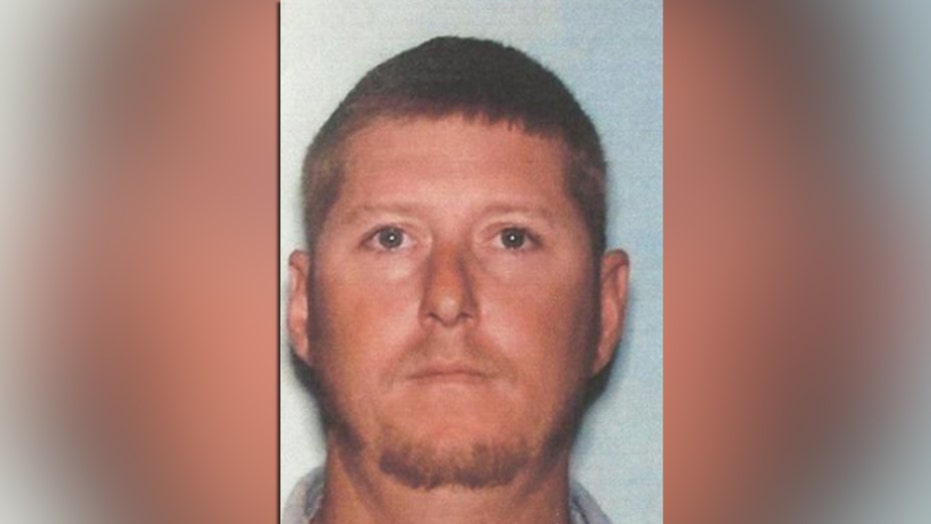 Manhunt for accused killer on the loose in Georgia

Cops: Jumped out of a prison van and took off

Authorities say an escaped prisoner charged with killing a Georgia sheriff was trying to hide by lying under brush in the woods when he was recaptured.

Maj. Keith Golden of the Laurens County Sheriff's Office said Wednesday that Jim Edward Lowery was found in dense woods about 300 yards from where he escaped outside the jail Tuesday morning.

Lowery is charged with felony murder in the June death of Montgomery County Sheriff Ladson O'Connor, who crashed during a high-speed chase in which authorities say Lowery fired gunshots at pursuing deputies.

The Georgia Bureau of Investigation said Lowery was being transferred in a patrol car to the Laurens County jail, about 100 miles west of Savannah, on Tuesday when he slipped out of his leg shackles and smashed a window to escape. The manhunt that lasted more than 10 hours.

"He was in close proximity to where they were looking for him," Dutton said. "He was captured without incident. Nobody was injured."

On Tuesday morning, Lowery was being driven in a patrol car from a Treutlen County jail to a Laurens County jail. As the car arrived at its destination, Lowery managed to slip off his leg shackles and used them to smash through a window, the GBI said in a news release Tuesday evening.

Authorities said Lowery was wearing an orange jumpsuit and handcuffs when he escaped, but the handcuffs were later found lying intact on a roadway.

O'Connor was the first Georgia sheriff killed in the line of duty in more than 20 years, according to the Georgia Sheriff's Association.

O’Connor was helping deputies chase Lowery when he crashed his truck on Georgia Highway 56 near Mount Vernon, a rural community in southeast Georgia.

Officers began chasing Lowery after the vehicle he was in made suspicious maneuvers near two deputies attempting to assist a driver, according to a GBI release. Lowery fled as the deputies tried to stop him and fired gunshots at three officers during the chase, authorities have said.

O'Connor joined when the pursuit crossed into Montgomery County. Deputies arrested Lowery after using spiked strips to deflate the tires of his vehicle. Also arrested and charged was Lowery's passenger, Nicole Dixie Best.

O’Connor was sworn in as sheriff in January 2013 and left behind a wife and four children, according to WMAZ.