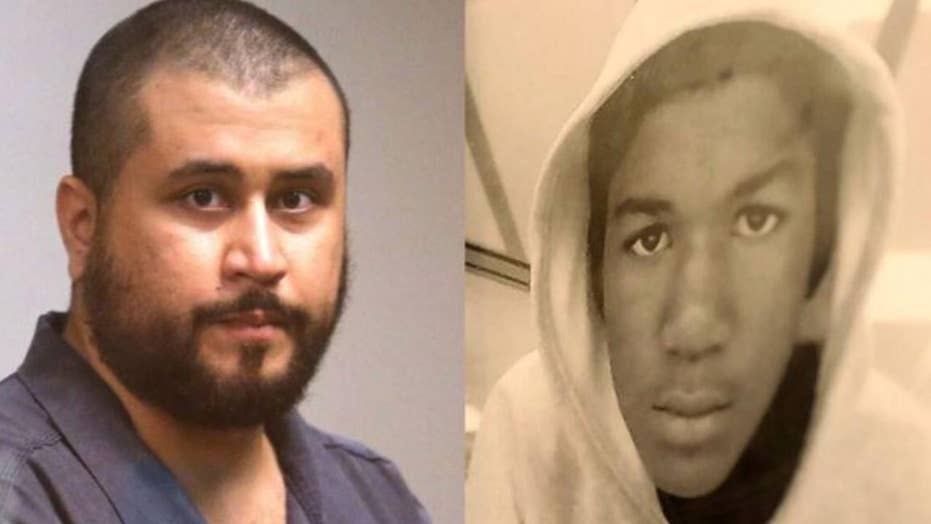 George Zimmerman, a former neighborhood watch volunteer, is suing the family of Trayvon Martin and others for damages in excess of $100 million. The lawsuit cites information from a documentary about Zimmerman's case 'that accuses the Martin family of engineering false testimony.'

George Zimmerman, the onetime neighborhood watch volunteer who was acquitted in the 2012 shooting death of Trayvon Martin in Florida, has sued the boy's family and others for damages in excess of $100 million.

The lawsuit was filed Wednesday in Polk County Circuit Court and cites information from a documentary about Zimmerman's case "that accuses the Martin family of engineering false testimony."

Zimmerman is represented by Larry Klayman, the founder of conservative legal-rights group Judicial Watch, and is seeking "$100 million in civil damages, alleging defamation, abuse of civil process and conspiracy," according to the Miami Herald. It claims the defendants “have worked in concert to deprive Zimmerman of his constitutional and other legal rights.”

George Zimmerman, 36, filed a lawsuit Wednesday against Trayvon Martin's family, among others, for damages in excess of $100 million.

The 36-year-old fatally shot Martin, an unarmed black 17-year-old who was staying in the gated townhouse community in Sanford where Zimmerman lived and was serving as a neighborhood watch volunteer in February 2012. In 2013, Zimmerman was acquitted of all charges in the case.

GEORGE ZIMMERMAN CLEARED OF ALL CHARGES IN SHOOTING OF TRAYVON MARTIN, RELEASED BY JUDGE

The lawsuit names Martin's mother, Sybrina Fulton, who has become a gun control advocate in the wake of her son's death and is running for a seat on the Miami-Dade County Commission, as the lead defendant. At the time of his death, Martin lived with Fulton in Miami Gardens and was visiting his father in Sanford.

The lawsuit "presses the Zimmerman version of events, with allegations of efforts by the Martin family to produce a false narrative through dishonest accounts from witnesses," according to the Herald.

The suit also names prosecutors involved in the case for alleged false prosecution. Additionally, Harper Collins is named because of its October release of “Open Season: Legalized Genocide of Colored People," a book written by lawyer Ben Crump, who represented the Martin family. Crump is also identified in the lawsuit.