Honk for Justice, or else

Amid the trial of Derek Chauvin in Minneapolis, Black Lives Matter activists take to the streets.

MINNEAPOLIS – On the first day of the Derek Chauvin trial, I attended the early morning news conference outside the Minneapolis courthouse where Al Sharpton's finger punctuated the air as he declared, "America is on trial." I did not expect to see a different kind of trial a few hours later.

I was in my hotel room watching the court proceedings on television when I heard what sounded like incessant honking from the street below. I did not trust my hearing due to the fact that I was born profoundly deaf, so I left the hotel to investigate.

Outside the courthouse, a motley band of Black Lives Matter activists had commandeered the intersection of 3rd Avenue and 5th Street. They waved their flags, staking claim to this piece of land. The police were nowhere to be seen. As each car rolled up to the intersection, the driver was subjected to a trial of sorts. They could honk in support of justice for George Floyd or risk having their cars swarmed by activists, the implication being they were racists and on the wrong side of America.

Of course, there was something unpleasant about this so-called display of activism. There seemed to be no higher purpose or calling at work here – how exactly was this advancing justice for George Floyd?

In the hour or so that I spent in the street, there were a handful of drivers who honked enthusiastically in support. Most drivers, however, gave what seemed to be token honks in order to get on with their day. Then there were those who refused to honk and that’s when the activists and media swarmed. Would the drivers lose their cool, spout something racist or slam the gas pedal and ram the activists, reenacting Tiananmen Square in their own minds?

As I watched and filmed, I wondered what my grandfather would think of this spectacle. He was born on a Kentucky dirt floor, reached only third grade in schooling, and yet made himself into an educated and serious man. He and my grandmother were founding members of the Congress of Racial Equality (CORE) in the early 1940s and they marched endlessly for over 20 years. Wherever they protested – Walgreens, schools, parks – it was done with the deliberate intent of opening up racially restrictive places to every single American.

Cortez Rice, left, of Minneapolis, sits with others in the middle of Hennepin Avenue on Sunday, March 7, 2021, in Minneapolis, Minn., to mourn the death of George Floyd a day before jury selection is set to begin in the trial of former Minneapolis officer Derek Chauvin, who is charged in Floyd's death. (Jerry Holt/Star Tribune via AP, File)

It must also be noted that my grandparents religiously followed Martin Luther King’s doctrine of nonviolence. My grandfather refused to lift a finger in response after a racist man broke his jaw in a Chicago park. He, my grandmother and their fellow foot soldiers knew that the segregationists believed themselves to be the moral ones and they knew that the strategy of nonviolence would expose the segregationists for their evil. Once America saw enough of this evil on their televisions and newspapers, the moral authority would be stripped from the racists and restored to the American people.

What was the purpose of protesting an intersection outside the Minneapolis courthouse? What exactly did the beggaring for honks achieve?

The more I watched the drivers being coerced into honking, the more I realized that what was happening in this intersection was a microcosm of larger America. There is little doubt that the summer of 2020 was the summer of Black Lives Matter. When America exploded after the terrible video of Floyd’s last moments, a collective guilt raged through our land.

Millions of Americans took to the streets, demanding justice and scrambling for any kind of moral absolution they could find. I have no doubt that many of them, my friends included, were sincere in their outrage, but they eventually got swept up in a larger cultural shift they had no control over. Everybody from the man who lives down the block to the CEO of a major corporation noticed this violent shift in public consciousness and threw themselves behind the movement for racial justice.

What gave Black Lives Matter their tremendous power was that they used Floyd’s death to seize the mantle of moral authority in America. They knew every American’s greatest fear is the label of racist and they used the death of a man to divide America into two camps: racist and antiracists. The only way to become an antiracist was to subscribe to the Black Lives Matter ideology, which included critical race theory. 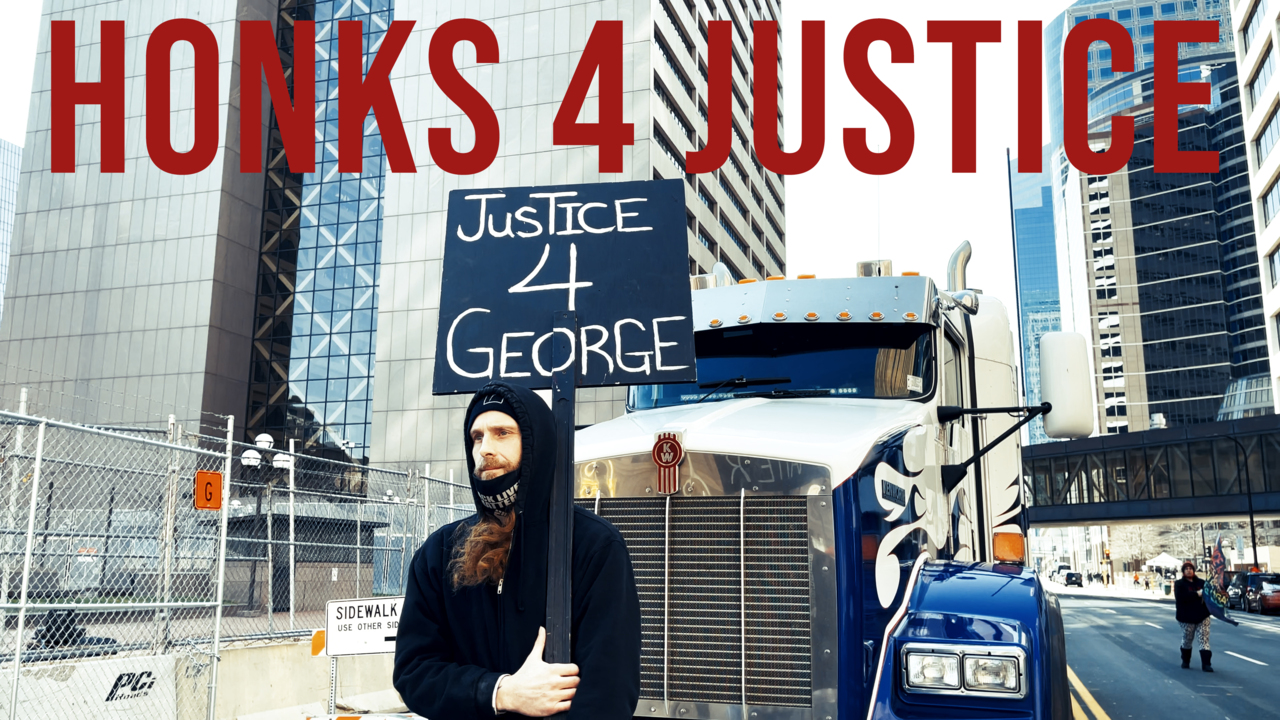 Honk for Justice, or else

Amid the trial of Derek Chauvin in Minneapolis, Black Lives Matter activists take to the streets.

But like those activists outside of the courthouse, the goal here for Black Lives Matter was not true justice but conformity to an ideology that reduces us all to skin tone.

Perhaps that is why there was a momentary burst of excitement every time a driver resisted the urge to honk. Would that driver be the one to expose what was truly happening or to challenge the moral authority of these activists? In the end, every single driver that I saw gave in and honked. They were no different from the countless parents who complained to me that they were afraid to challenge race-based education policies in their children’s schools out of fear of being seen as a racist or Uncle Tom.

They often don't realize they are talking to someone whose ancestors have sacrificed endlessly for a better America and at a great price. Whether we like it or not, we are all at that intersection. Al Sharpton was right. America is on trial, but not in the sense that he meant it.

The civil rights foot soldiers knew that holding onto their principles no matter the cost – personally and professionally – was the only way to swing back the pendulum of moral authority from the ideologues to the people. After all, they knew that a democracy lives or dies by the discipline and courage of its citizens. They paved the way for us with their righteous sacrifices and steadfast beliefs in the American values and we are on the verge of betraying everything they fought for.