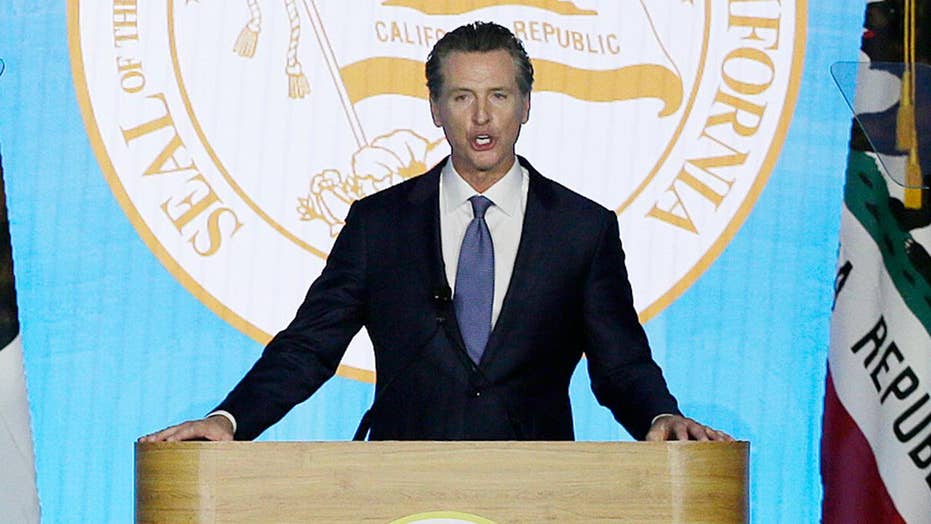 At his first inaugural address since winning the election in November, Newsom promised a bold budget that would increase the year’s previous budget by four percent.

"We will aim high and we will work like hell to get there," he said Monday.

Newsom plans to deliver on his promise Thursday at a news conference discussing his proposal in detail.

The known details of the new budget include a $2 billion plan to support low-income children, with much of the money going toward the construction of childcare facilities and kindergarten classrooms. He also plans to increase funding to provide full-day preschool and kindergarten to all children.

Gov. Gavin Newsom says California will be a sanctuary for all who seek it

Helping low-income children in the crucial early years of life, when brains are developing rapidly, was a central campaign promise for Newsom, who has four young children and was elected with an overwhelming majority in November.

Newsom has also allocated $760 million to health care proposals that include a measure to cover illegal immigrants living in the state.

He proposed expanding state-funded health care to low-income people living in the county illegally until the age of 26. This would increase a similar measure that cuts off coverage at age 19.

Newsom also plans to increase subsidies for people who buy their own insurance, rather than getting it from an employer or government program.

He also wants to expand the state’s paid leave program and eventually increase it to six months of leave split between parents, although it is unclear how he would pay for a full six-month program.

Newsom’s predecessor, Jerry Brown, was able to move California back towards fiscal stability following a $27 billion deficit but it came with major cuts to education and healthcare – something Newsom is looking to replenish again.

With last year’s approved budget of $139 billion, Brown was able to secure a $15 billion surplus in addition to the $15 billion already in the state’s rainy day fund.

Despite the overall increase, Newsom’s budget includes $13.6 billion to build the state's reserves and to pay down state debt and its growing pension liability.

He will release his own revenue estimates along with his budget, which could include an even larger surplus if his economic forecasts are rosier. He did not immediately announce his budget surplus.

The state legislative will have until June 15 to approve a balanced spending plan or lose pay.