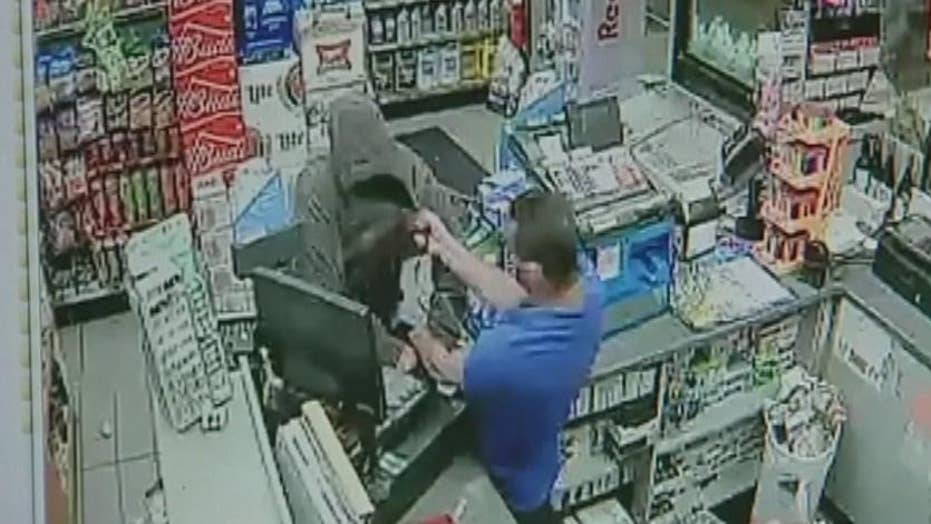 A Massachusetts gas station clerk who trains three to four hours a day in martial arts tapped into his skills Tuesday night.

Ebrahim Gawargi, who works as a cashier at a Mobil gas station on Route 1 in Norwood, was counting cash when a would-be robber came out of nowhere and tried to swipe the money from his hands.

Surveillance footage shows the man, who was wearing a dark gray sweatshirt, enter the store and try to grab some of the cash. Gawargi was quick to respond, hitting the man repeatedly.

At one point Gawargi was able to grab the man’s sweatshirt, pulling it off before jumping over the counter.

The two men continued to fight before Gawargi pinned the suspect on the floor. After throwing more punches, Gawargi put the man in a sleeper hold and knocked him out.

“I just tried to do what I had to do,” Gawargi told Boston 25. “He grabbed my hand, I had over six hundred dollars in my hand.”

Gawardi said martial arts is a hobby for him and he never actually expected to use his skills outside of a gym. However, Gawardi said he wasn’t going to stand idly by.

Said Gawardi: “When he attacked me, I had to do something."