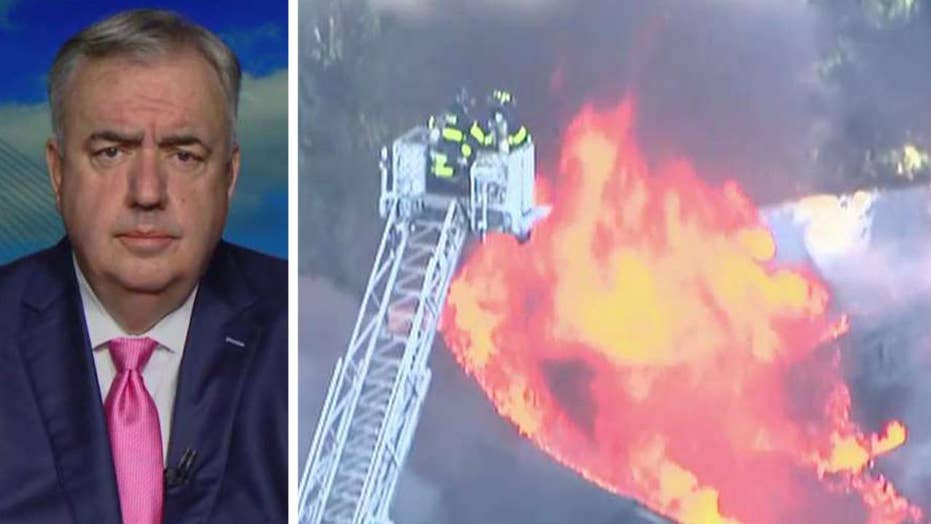 Ed Davis on the investigation of Boston-area gas explosions

The pressure in gas pipelines that ended up exploding and causing multiple fires in Boston-area communities last week was 12 times higher than normal, according to a letter from Massachusetts’ senators demanding the utility responsible for the lines comply with federal investigators.

Even as Massachusetts Gov. Charlie Baker announced earlier this week that residents of North Andover, Andover and Lawrence are allowed to go back to their homes, Senators Elizabeth Warren and Edward J. Markey requested a Commerce Committee hearing with the heads of Columbia Gas and its parent company, NiSource.

“The federal Pipeline and Hazardous Materials Safety Administration has reported that the pressure in the Columbia Gas system should have been around 0.5 pounds per square inch, but readings in the area reached at least 6 PSI – twelve times higher than the system was intended to hold,” Markey and Warren wrote in a letter addressed to the two companies.

The fires and explosions – which affected 70 locations and “destroyed as many as 80 homes and buildings," the senators say -- also killed one person and left 25 injured.

The senators added: “We write to request that you provide us with information in order to help the American people understand why this terrible disaster occurred, whether the company was sufficiently prepared to respond to an incident of this magnitude, and how we can prevent any similar tragedy in the future."