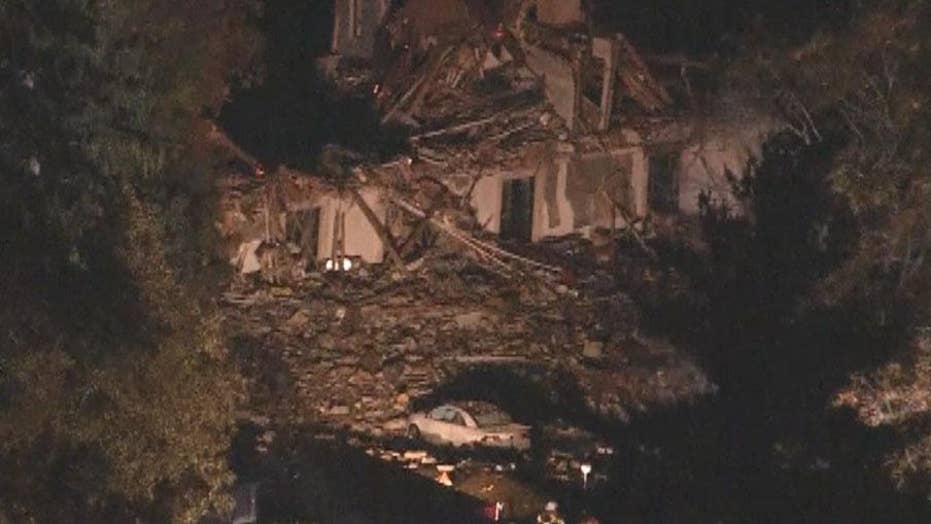 Helicopter footage captures the aftermath of what has been reported as a gas explosion in Gladwyne, Pennsylvania.

A house exploded in Pennsylvania Sunday night, causing shock a state away, according to multiple reports.

The 9,000-square-foot home exploded in the community of Gladwyne, in Lower Merion Township, because of a gas leak, right before 8 p.m., the reports said.

WPVI reported the blast was felt as far away as 20 miles away in South Jersey, with residents reporting a large boom and shaken houses.

Officials, according to Fox 29, said the house’s residents were safe, and no injuries were reported. The house was under renovation, the news station added.

Rubble and debris were seen scattered across the large property.