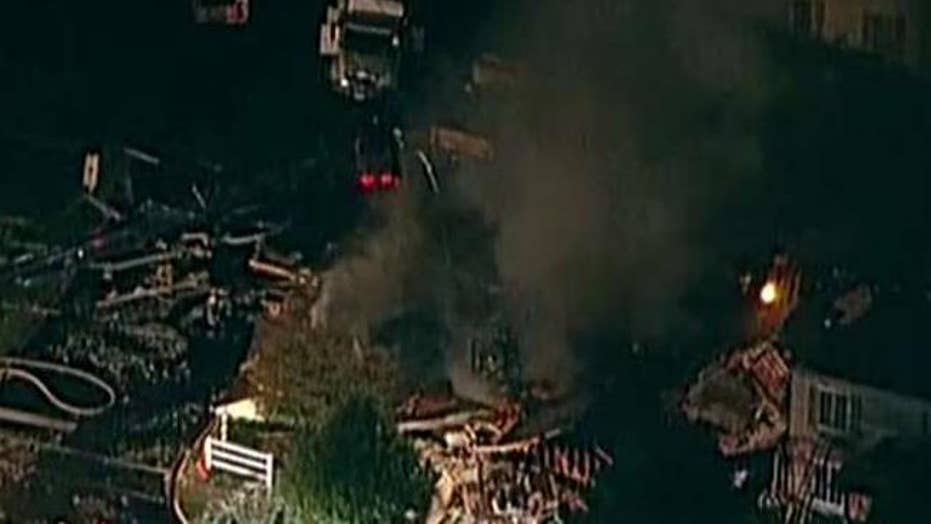 Authorities say a natural gas explosion and fire at a townhouse complex in suburban Chicago has injured two utility workers.

The explosion in Romeoville was reported Tuesday evening.

Authorities say the explosion apparently stemmed from an earlier-reported gas leak. Two townhouse units were destroyed, but no area residents were reported injured. Authorities say two Nicor workers were taken to hospitals, including one in fair condition and one in serious-to-critical condition.

The village of Romeoville says in a statement that the Nicor employees were in the process of repairing the leak, which was reported earlier in the afternoon.

The exact cause of the explosion is under investigation. The American Red Cross says more than 20 people were displaced from homes as the surrounding area was evacuated as a precaution.