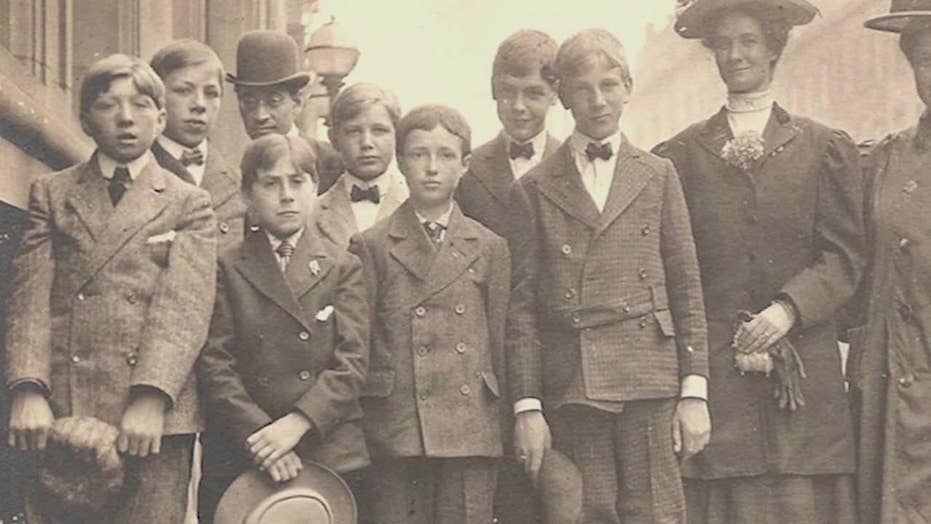 'Orphan trains' to Galveston: A history

J.P. Bryan, founder of the Bryan Museum in Galveston, Texas, explains how the museum was once a 19th Century orphanage and 'orphan trains' would bring displaced children from across the country

Galveston, Texas, was booming in the late 1800s – when it ranked as the Lone Star State’s largest city.

Located on a barrier island on the state’s Gulf Coast, Galveston was known for sprawling beaches and historic sites. It had a growing population, busy commercial port and flourishing economy.

Then a new century brought tragedy on massive scale. On the night of Sept. 8, 1900, a category 4 hurricane turned a serene late summer day into chaos, with winds up to 140 mph and a 15-foot storm surge.

The storm of 1900 still ranks as the deadliest natural disaster in U.S. history.

J.P. Bryan is founder of the Bryan Museum in downtown Galveston. At the time of the storm, the building that now houses the museum was known as the Galveston Orphans Home.

That night in 1900, the home housed 29 children and 29 adults. Miraculously, none of them died, though the building was badly damaged.

But residents of the St. Mary’s Orphanage, the Catholic counterpart located just a short distance away, were not as fortunate. What happened there was truly heartbreaking.

The nuns, in a desperate attempt to save the children from being swept away by the rising sea, tied themselves to groups of little ones. But their valiant effort failed, as only three children survived.

Ironically, until the storm hit Galveston was known as a kind of refuge for orphans, having two fully operating homes for parent-less youngsters in a city of just 37,000 people in 1900.

As Bryan explained, Galveston was one of the final stops for America’s “orphan trains,” which carried abandoned children, or those whose parents had died, in an effort to get them adopted.

“We have a history within a history,” Bryan said, referring to the story of the orphans, which many don’t know about until after they learn about the deadly hurricane.

The history of the orphan train movement started in 1853, when there were an estimated 30,000 homeless youths, ages 6 to 18, living in New York City. The idea at the time was that these children could have better lives if they could be adopted by families in the nation's Farm Belt.

Hence, the “orphan trains” were created.

“The boys were the favorite pick because they can obviously do more manual labor,” Bryan said. “But frequently the wife maybe couldn't have had children or didn't have a girl, and she wanted to have a companion. But fewer of the girls got selected then did the boys.”