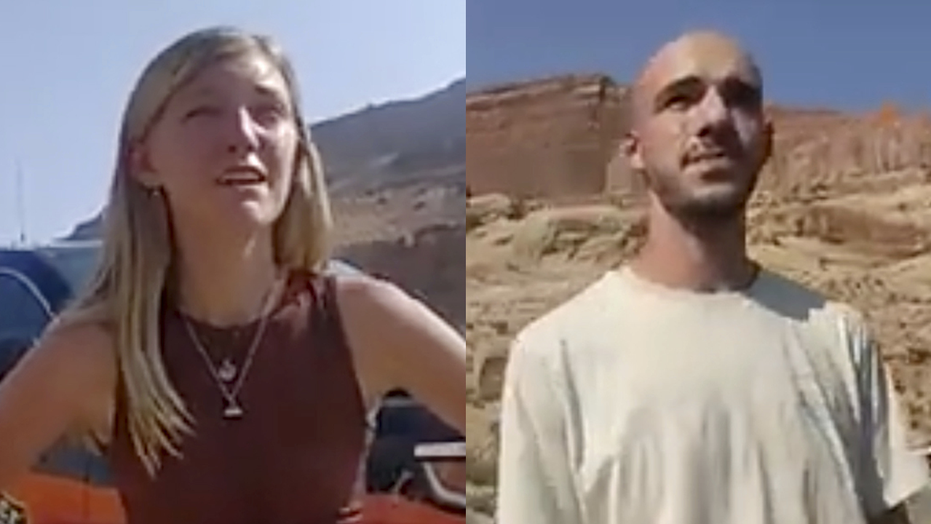 FIRST ON FOX: A witness to a domestic incident between Gabby Petito and Brian Laundrie in Moab, Utah, believed that the couple was fighting over a phone and that Laundrie may have been trying to ditch his fiancée, according to a witness statement obtained by Fox News.

"They were talking aggressively [at] each other [and] something definitely seemed off," the witness, identified only as Christopher, wrote in the Aug. 12 statement. "At one point, they were sort of fighting over a phone – I think the male took the female’s phone. It appeared that he didn’t want her in the white van."

The male, believed to be Laundrie, got into the driver’s seat, according to Christopher, and the woman, believed to be Petito, followed him around the van. It happened outside the Moonflower Cooperative – an organic grocery store in downtown Moab.

"I heard her say, ‘Why do you have to be so mean?’" the witness wrote.

He said that at one point, he saw Petito allegedly "punching him in the arm" and trying to get inside the vehicle – which was registered in her name.

"From my point of view, something definitely didn’t seem right," Christopher wrote. "It was as if the guy was trying to leave her, and maybe take her phone? Not sure but wanted to help out."

It is unclear if the witness who provided the written statement is the same person who called 911 after the incident on Aug. 12.

Fox News Digital first reported the Aug. 12 domestic incident – which led to no arrests. A police report and bodycam video previously obtained by Fox News each concluded that Petito appeared to have been the aggressor.

However, the 911 caller stated that he witnessed "the gentleman slapping the girl."

"He was slapping her?" the dispatcher asked.

"Yes, and then we stopped," the caller, whose name was redacted in the recording, said. "They ran up and down the sidewalk. He proceeded to hit her, hopped in the car and they drove off."

The 911 caller stated that Petito and Laundrie left in the van headed north – toward Arches National Park just outside town. That’s where police bodycam video shows officers pulled over Laundrie, who was speeding, driving erratically and hit the curb, and encountered a sobbing Petito.

Christopher’s statement also reports that he "noticed another person had called this in." Authorities told Fox News that they had no record of a second call.

Laundrie is believed to have returned to his parents’ home in North Port, Florida, with the van on Sept. 1, just days after Petito was last heard from. The FBI said Sunday that search teams found remains that are likely those of Petito near Grand Teton National Park in Wyoming.

Federal and local law enforcement were searching for Laundrie in Florida Tuesday – a day after the FBI served search warrants on the home he shared with his parents and Petito in North Port.