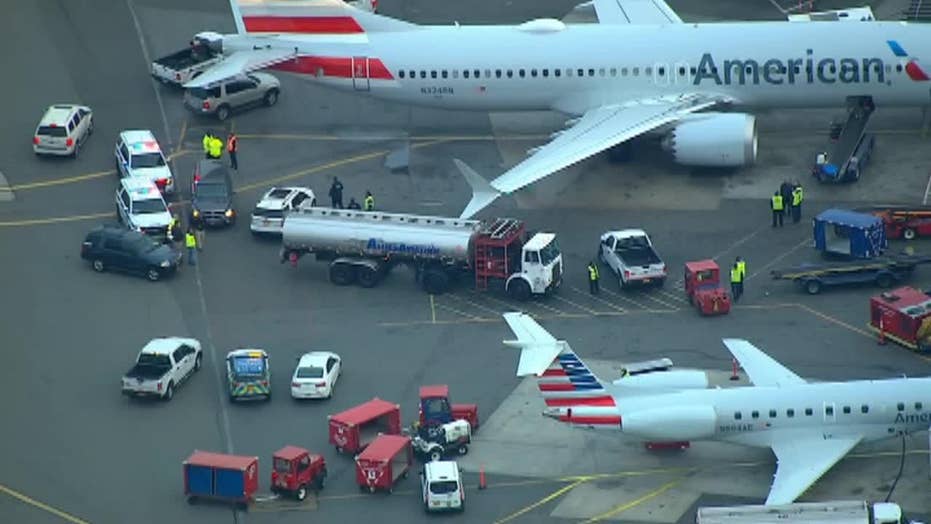 A fuel truck hit the wing of an American Airline plane with nearly 200 passengers onboard at LaGuardia Airport on Friday.

Flight 1249 was slated to travel to Miami and had 172 passengers and five crew members onboard, WABC-TV reported. The fuel truck clipped the plane's wing at the airport's Terminal B at around 6:51 a.m. ET Friday.

There were no injuries immediately reported following the incident.

American Airlines told Fox News in a statement that the passengers were moved to a different aircraft as the company's maintenance team evaluated the damage. The airline said the flight will depart shortly.

"A fuel truck made contact with the winglet of an aircraft that was still at the gate," American Airlines told Fox News. "We moved passengers to a different aircraft [flight is about to depart] as our maintenance team evaluates/fixes the damage."