D. B. Cooper: Who is the mystery man?

Here’s a look at the story of D. B. Cooper, the man who hijacked a flight in 1971, parachuted out and was never heard from again.

The D.B. Cooper hijacking case has mystified investigators for years -- and Tuesday a new suspect entered the fray.

An anonymous U.S. Army data analyst delivered his own research to the FBI in the summer and claimed there were “too many connections” in his analysis “to simply be a coincidence,” The Oregonian reported.

The researcher determined a man named William J. Smith was the person who hijacked a commercial airliner in 1971 and then parachuted from the jet in a business suit with $200,000 in ransom money.

The anonymous analyst made his determinations after reading a 1985 book called “D.B. Cooper: What Really Happened” written by Max Gunther, the newspaper reported. Gunther wrote in the book he was contacted in 1972 by a man who claimed to be the infamous skyjacker. However, the mysterious man who contacted Gunther eventually cut off communication with him, forcing Gunther to move on from the story.

Ten years later, a woman who identified herself as Clara reached out to Gunther and claimed she was the widow of “Dan LeClair,” who had previously reached out to the author claiming he was the real D.B. Cooper. The book “D.B. Cooper: What Really Happened” detailed the story of Clara and Cooper.

The book, however, was largely dismissed and characterized as “somewhere in between nonfiction and speculation,” according to The Oregonian. Some plot points in the book were determined to not be true, either due to Clara trying to hide her real identity or the author making information up. Ralph Himmelsbach, an FBI agent who spoke to Gunther, also dismissed the author as “highly unprofessional.”

The FBI released these sketches after a man named D.B. Cooper hijacked a plane flying from Portland to Seattle on Nov. 24, 1971 and then parachuted out the back door with $200,000, never to be seen again (FBI)

But the anonymous analyst was convinced someone claiming to be the legendary hijacker did reach out to Gunther, and eventually, the analyst tracked down a person named Dan Clair, a World War II veteran who died in 1990.

Further research led the analyst to determine that Clair wasn’t, in fact, D.B. Cooper. However, he began to suspect a friend and co-worker of Clair's was the actual hijacker. Smith, who worked with Clair at Penn Central Transportation, became the researcher's primary candidate. Smith died when he was 89, but a yearbook of his included a list of alumni who were killed during World War II. One name jumped out, according to the Oregonian: Ira Daniel Cooper.

Smith and Clair were both New Jersey natives who worked at the Oak Island rail yard in Newark, the analyst determined. The anonymous analyst found Smith had served in the U.S. Navy, and the experience Smith and Clair gained working on the railroads would have helped either man find railroad tracks and possibly hop a train back east after parachuting from the plane.

“I believe he would have been able to see Interstate 5 from the air,” the analyst told The Oregonian, adding a rail line at the time ran parallel to the roadway.

The analyst hypothesized that Smith used his friend’s name to hide his real identity when he reached out to Gunther in the 1970s and that his wife took over communication with Gunther. The analyst also speculated Smith and his wife, a woman named Dolores, may have been in on the hijacking together. Dolores retired at the fairly young age of 54.

A grudge against Penn Central may have also been a motivating factor for Smith, the analyst told The Oregonian. Penn Central went bankrupt in 1970, leaving thousands without jobs. The analyst said anger at the “corporate establishment" may have driven Smith to undertake the hijacking.

The Oregonian noted the FBI had not responded to the data analyst’s research.

The analyst also found several other links to bolster his theory. The "LeClair" that Gunther spoke to and the "Clair" that the data analyst found both ended up settling in New Jersey after serving in World War II. Clair had been stationed at Fort Lewis in Washington state, 41 miles south of Seattle, and the FBI determined at the time of the hijacking that D.B. Cooper was likely familiar with the Seattle area. 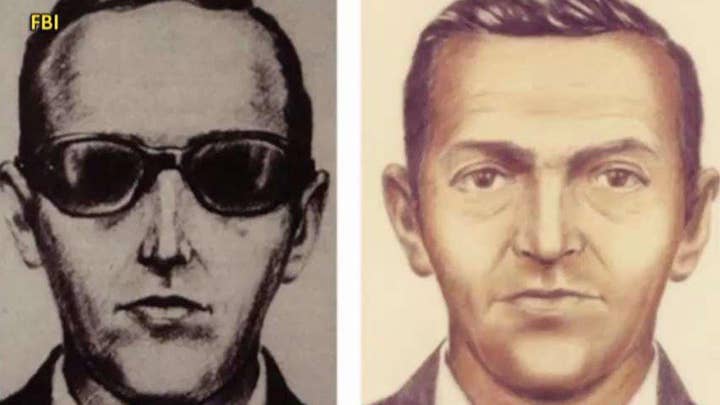 The researcher also pointed out a clip-on tie the FBI determined was tied to the Cooper case had certain metals on it that led investigators to believe Cooper may have been a Boeing employee. But the researcher said a person who worked on the railroads could have similar traces of metals.

Gunther’s book also noted LeClair went to a skydiving facility near Los Angeles in 1971 and the FBI revealed only last year that the hijacker likely visited a facility similar to what Gunther had described.

The latest theory adds fresh fuel -- and a fresh face -- to the Cooper mystery, despite other recent researchers believing they had been the ones to crack the case.

An Indiana Army veteran revealed in August he used his code-breaking skills to determine that former military pilot Robert Rackstraw was the hijacker. The veteran claimed to have solved codes printed on letters allegedly written by Cooper in 1971 and 1972.

Rackstraw has previously denied being Cooper and was officially cleared by the FBI in the 1980s.

William R. Reca was also thought to be Cooper. Michigan publisher Principia Media claimed in May that Reca, a former military paratrooper and intelligence operative, was the hijacker.

It wasn't clear if Reca was alive.