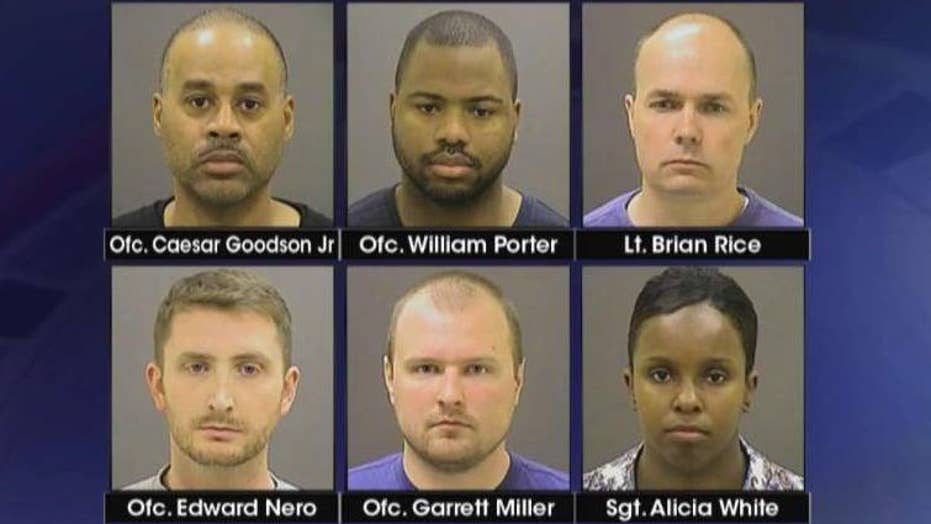 Case against Baltimore police officers ends with no convictions

According to the Baltimore Sun, Officer William Porter is the only officer not facing internal discipline and three of the remaining five -- Officer Caesar Goodson, Lt. Brian Rice and Sgt. Alicia White -- may face termination.

Two are facing five-day suspensions without pay, according to the Baltimore Sun's report; Officer Edward Nero and Officer Garrett Miller.

The Baltimore Police Department received the report on May 12 and has been reviewing the case.

“The MCPD with support from the Howard County Police Department (HCPD) was asked to conduct this administrative investigation to avoid any appearances of conflicts of interest or bias during the investigation that garnered national attention,” Baltimore Police Chief Spokesperson T.J. Smith wrote in a release on May 12. “The MCPD was tasked with rendering findings in the investigation of either: sustained, non-sustained, exonerated, or unfounded.”

Gray died in 2015, a week after his neck was broken in the back of a police van. The six officers were charged in connection with Gray's death.

Three of the officers were acquitted at trial and prosecutors dropped the remaining cases.