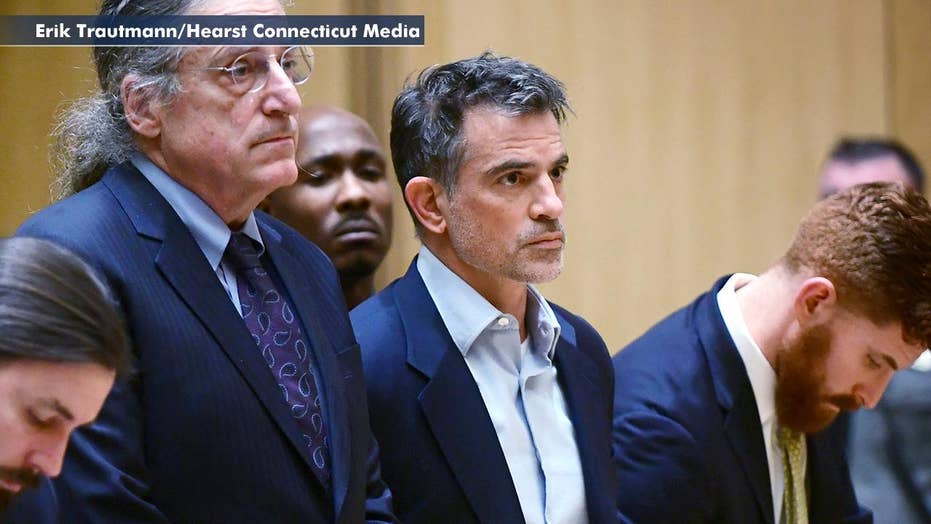 A Connecticut judge ordered Fotis Dulos be held on $6 million bond and have no contact with his five children or their guardian; reaction and analysis from criminal defense attorney David Bruno.

Fotis Dulos, the estranged husband of Jennifer Dulos, the missing Connecticut mother of five whom he is accused of killing, was found unresponsive in his Farmington home Tuesday around the same time he was due in court.

A source told Fox News that when Fotis Dulos failed to appear in court, officers were sent to his house, where they found him in his running car in the garage. Efforts were made to revive him. Dulos was taken to UConn Health Center.

"I am told Mr. Dulos is en route to the hospital with a pulse. Our thoughts and prayers are with him," Dulos's attorney Norm Pattis said in a statement.

Dulos was scheduled to appear before a judge on concerns surrounding the circumstances of his $6 million bond. The insurance company that secured his multi-million dollar bond has been questioning the assets Dulos used to secure the bond.

The state reviewed the paperwork and an emergency hearing was scheduled that could have ended with Dulos returning to jail as he awaits trial.

Earlier this month, Pattis asked Superior Court Judge John Blawie to lower the bond to $1 million, arguing that the state's case against his client was weak and that prosecutors were "grasping at straws."

"The state believes he engineered and caused his wife's death," Pattis said. "We don't."

Stamford State's Attorney Richard Colangelo filed a court document last week asking a judge to modify the $6 million bond for Dulos after the Greek homebuilder was seen stopping at the end of his private street, leaving his vehicle and removing items from the memorial arranged in honor of his estranged wife.

Judge Gary White told Dulos that if he violated conditions of his release again, he would double Dulos' bond to $12 million.

White also reversed conditions in Dulos' release that allowed him to leave his house for work.

Piecing together what might have happened to Jennifer Dulos has taken authorities on an exhaustive 9-month, multi-state investigation involving K-9s, state police, drones and even a New York State Police helicopter. They've rooted through tons of trash at a Hartford dump and looked in high grassy areas as well as in shallow ponds for the missing mother.

In a 35-page arrest warrant, authorities alleged Jennifer Dulos was killed at her home on May 24 between 8:05 a.m. and 10:25 a.m. That same day, surveillance footage showed someone in a dark hoodie riding a bike that looked like Fotis Dulos' childhood bike toward Jennifer Dulos' New Canaan home. Surveillance video also shows someone driving Dulos' car leaving her house at 10:25 a.m.

The children's nanny, Lauren Almeida, told authorities she arrived at Jennifer Dulos' house at 11:30 a.m. on May 24. Dulos was supposed to be at a doctor's appointment but when Almedia arrived she told investigators she found Dulos' unopened granola bar and cup of tea on the kitchen counter.

She also noted that 10 rolls of a new pack of 12 paper towel rolls opened the day before were missing. She told authorities she made several attempts to contact Dulos via text and telephone calls.

"Immediately my stomach sank and I had a feeling that something was wrong," Almeida told investigators. "In the almost seven years that I have worked for Jennifer, I never ever had a hard time reaching her and never had an issue with her phone being off."

According to the arrest warrant, once Almeida learned Dulos failed to show up at her child's orthodontist appointment later that day, her "first thought was that Fotis did something."

The warrant claims the zip ties -- four found in total -- "appeared stained with a blood-like substance."