A former Wisconsin county judge was killed in a "targeted" attack on the judicial system, according to reports.

The publication said Roemer retired from his position in 2017.

WISN-TV reported that police found Roemer zip-tied to a chair when they entered the home.

The station said a law enforcement official told them that a "hit list" was found in the vehicle of the male suspect, which included the names of Gov. Tony Evers, Michigan Gov. Gretchen Whitmer and Senate Minority Leader Mitch McConnell.

The suspect in the shooting, a 56-year-old man, was located in the basement with an apparent self-inflicted gunshot wound, according to the Wisconsin Department of Justice (DOJ).

A view of the Wisconsin road near where a homeowner was found dead Friday and a suspect found with a self-inflicted gunshot wound, authorities said. (WITI)

The Justice Department said in a release that the Juneau County Sheriff’s Office had received a call at approximately 6:30 a.m. local time notifying law enforcement of an armed person and two shots fire in the residence.

The caller had exited the home and contacted law enforcement from a nearby home.

After failed attempts to negotiate with the gunman, the Juneau County Special Tactics and Response Team entered the residence and located the homeowner at approximately 10:17 a.m.

A firearm was recovered at the scene, where law enforcement began life-saving measures and the individual was transported to a medical facility.

"This incident appears to be a targeted act. There is no immediate danger to the public. Names of the involved individuals are being withheld until family notifications are complete," the department wrote.

WISN-TV noted that dispatch recordings had revealed Roemer's son may have been a witness.

Wisconsin Attorney General Josh Kaul said that the gunman had selected targets who were "part of the judicial system." 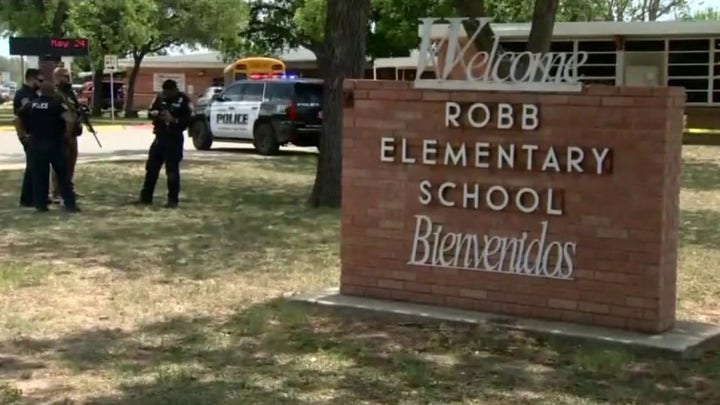 "The information that’s been gathered indicated that it was a targeted act and that the targeting was based on some sort of court case or court cases," Kaul said.

The Associated Press noted they were found in a residence that a neighbor and public records said belonged to a retired county judge and that the 56-year-old suspect is in critical condition.

The Wisconsin DOJ said there is no immediate danger to the public.

CLICK HE RE TO GET THE FOX NEWS APP

Investigative reports will be turned over to the Juneau County District Attorney when the investigation concludes.

Fox News' request for comment from the DCI was not immediately returned.