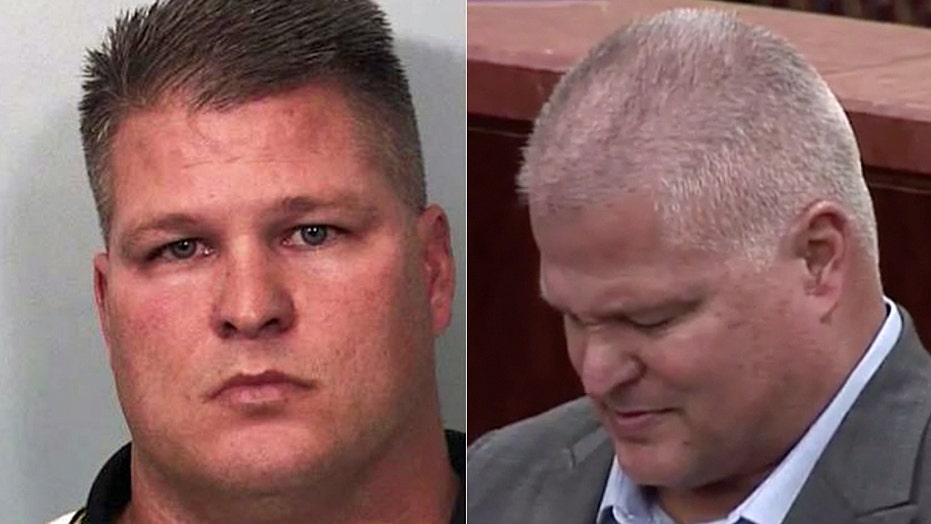 A former Texas high school football coach, accused of killing his pregnant wife more than 20 years ago, was found guilty for a second time Tuesday, after his first conviction was overturned in 2016.

David Mark Temple, 51, was found guilty Tuesday in the 1999 murder of his wife Belinda Temple, a high school teacher from a different district who was seven months pregnant at the time of her death.

Prosecutors said Temple, who was having an affair with a coworker, staged a burglary on Jan. 11, 1999 at his home in the Houston suburb of Katy and fatally shot his pregnant wife. The child she was carrying also died as a result of the shooting.

David Mark Temple, 51, was arrested in 2004 (left) for the 1999 shooting death of his pregnant wife Belinda Temple. He was convicted for a second time Tuesday (right) after his initial conviction was overturned in 2016. (FOX26)

Temple's defense team argued she was killed by a 16-year-old student of hers.

He wasn’t charged in the slaying until 2004 and, three years later, was found guilty of murder. An appeals court previously upheld Temple's 2007 conviction, but his lawyers appealed again, citing the prosecutor's withholding of evidence, among other things and the conviction was overturned in 2016, after which Temple was freed.

But he was retried and, on Tuesday, was found guilty by a jury, which voted unanimously.

"A little over two decades I've fought, behind the scenes, to get justice for Belinda," the victim’s brother, Brian Lucas, told Houston’s KPRC. “It's done for a change...Baby Belinda can finally rest."

Temple, who married the woman he was having an affair with, was sentenced to life in prison after his first trial. He has yet to be sentenced after being found guilty Tuesday.