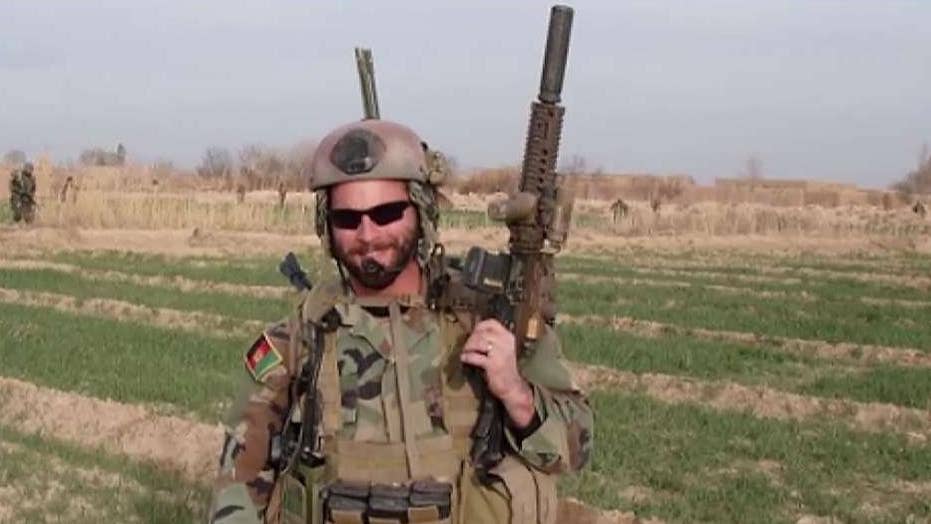 While applying for a job at the CIA, former Major Mathew Golsteyn acknowledged that he had killed an alleged Taliban member suspected of planting a bomb that killed two Marines; national security correspondent Jennifer Griffin reports from the Pentagon.

A former Green Beret who told Fox News in 2016 that he killed a suspected Taliban bomb maker nearly a decade ago during combat operations in Afghanistan is now being charged in the man’s death -- a move his lawyer says is an act of betrayal by the Army.

The murder charge facing Maj. Mathew Golsteyn comes after years of on-and-off investigations by the Army following an incident said to have taken place during his 2010 deployment. A military tribunal that probed the killing years ago initially cleared Golsteyn -- but the investigation into him was re-opened after he spoke to Fox News' Bret Baier.

“I think he’s been betrayed,” his attorney, Phillip Stackhouse, told Fox News on Friday when asked how the Army has treated Golsteyn.

The once-decorated soldier, who had been on voluntary excess leave amid the latest investigation, has been living in a newly bought home with his wife and a 2-month-old baby in Virginia, working for the International Association of Firefighters, Stackhouse said.

Golsteyn was informed of the murder charge earlier this week after being ordered back into active duty.

“They have insinuated to me that they have new evidence,” Stackhouse told Fox News. “I don’t believe there is any new evidence at all.”

Golsteyn, in 2010, had been deployed to Afghanistan with the 3rd Special Forces Group. Two Marines in his unit during that time in the Battle of Marja ended up getting killed by booby-trapped explosives hidden in the area.

Golsteyn and his men later found a suspected Taliban bomb maker nearby -- though he was not on a list of targets U.S. forces were cleared to kill, Fox News previously has reported. After he was detained, Golsteyn said the man refused to talk to investigators.

Under the rules of engagement, Golsteyn was ordered to release him.

However, Golsteyn was concerned that if he did so, the suspect would have in turn targeted Afghans who were helping U.S. soldiers.

“There’s limits on how long you can hold guys,” he told Fox News' Bret Baier in 2016. “You realize quickly that you make things worse. It is an inevitable outcome that people who are cooperating with coalition forces, when identified, will suffer some terrible torture or be killed.”

Golsteyn told Fox News he killed him. Two years later, he is facing the murder charge.

“Major Matthew Golsteyn's immediate commander has determined that sufficient evidence exists to warrant the preferral of charges against him,” U.S. Army Special Operations Command spokesman Lt. Col. Loren Bymer told Fox News in a statement Friday. “Major Golsteyn has been charged with the murder of an Afghan male during his 2010 deployment to Afghanistan.”

The first Army investigation was undertaken after Golsteyn disclosed details of the incident during a polygraph test when he was interviewing for a job with the CIA in 2011.

Golsteyn, according to Army documents obtained by the Washington Post, reportedly told the CIA something that Stackhouse disputes – that he took the suspected bomb maker off base, shot him and buried his remains in a shallow grave before returning to the site to dig up the remains and burn them in a pit used to dispose of trash.

Golsteyn, who had been awarded the Silver Star, the military’s third-highest award for combat valor, was initially accused of murder and conspiracy. But following the lengthy initial investigation by a military tribunal, no formal charges were filed.

Instead, Golsteyn was removed from the Special Forces and had his Silver Star taken away.

As for the latest case, Stackhouse says: “we will be relentless in defending him.”