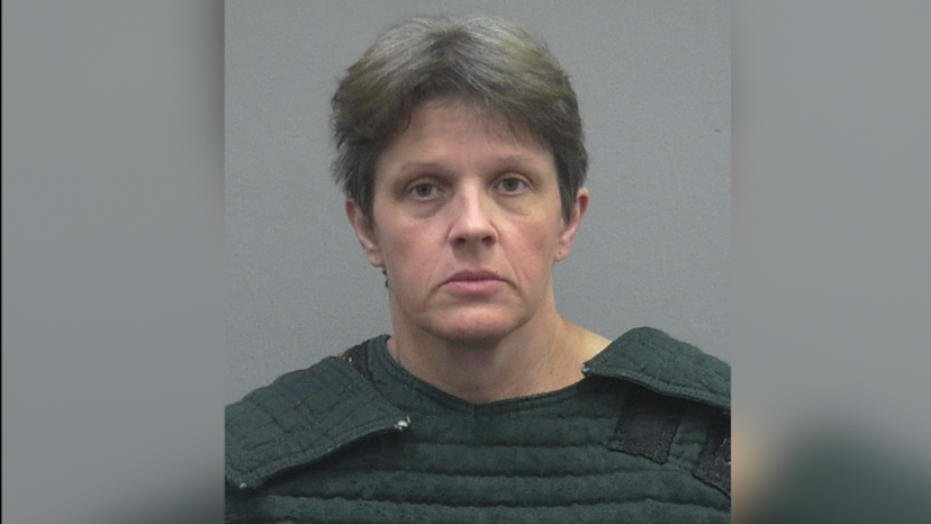 Florida police say a woman deliberately rammed the van she was driving into a gasoline tanker truck after telling a friend she was going to get into a crash that would kill her and her two sons, 4 and 6.

The boys were taken to the hospital after the fiery crash Friday in Gainesville, released, and released to the custody of child welfare workers, according to reports.

The boys' mother, Melissa Mack, 48, of Gainesville, was treated for bruises and arrested by cops for trying to kill her sons and the driver of the tanker truck, which was filled with gasoline, the Gainesville Sun reported.

She spoke to cops, but claimed memory loss about what happened, according to the paper.

The arrest report says the friend told police of Mack’s plan, quoting Mack as saying that “it was ‘God’s will’" and that she was “afraid” but nothing could be done to change the outcome, the paper reported.

Police said the tanker truck driver swerved when he saw Mack coming at him after crossing lanes, according to the paper. Mach then made a U-turn and rammed the tanker truck from behind, causing her vehicle to catch fire.

The tanker truck driver and passersby rescued Mack and the boys, who were trapped after the airbags deployed, WCJB-TV reported. The station cited the police report as saying the boys are autistic.

Mack spoke to police, but claimed memory loss about what happened, the Sun reported.