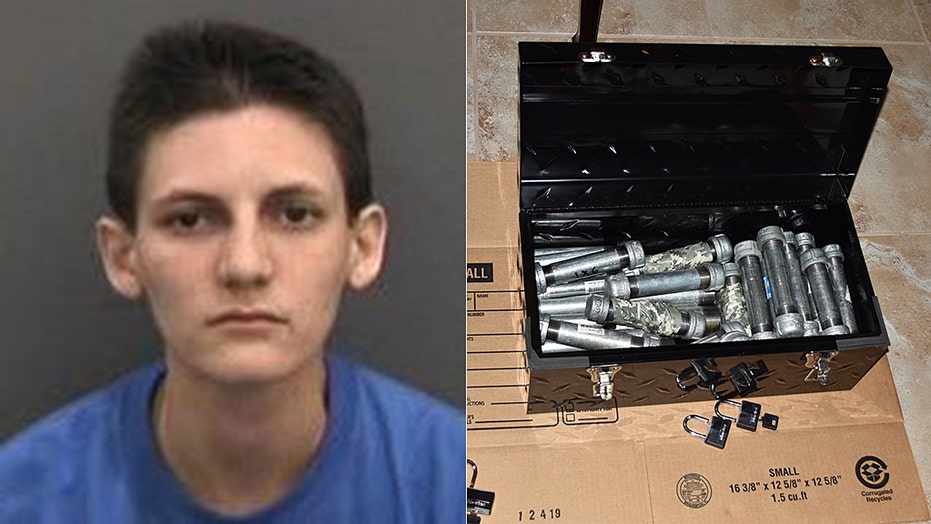 A 27-year-old Florida woman was arrested after her parents found two dozen pipe bombs in her bedroom and called the local sheriff's office, authorities said Friday.

"I can only imagine how hard it is to call in about any family member," Hillsborough County Sheriff Chad Chronister said, according to Bloomingdale Patch.

Chronister told the station Kolts admitted to making the pipe bombs and planned to use them to hurt people without being specific, according to the station.

"We're not aware of any type of hit list," he said. "Her statements are very generic."

Deputies spoke to Kolts in August of last year over an online order of bomb-making manuals and anarchy manifestos, Fox 13 reported.

"She became consumed with the Columbine and Oklahoma killings," Chronister told the station, an apparent reference to the 1995 Oklahoma City bombing at the 1999 mass shooting at Columbine High School in Colorado. "At that time [August 2018], she wasn't diagnosed with any type of mental health diagnosis. She stated, at that time, her intentions were not to harm anyone. Her parents said she was a little on the autism spectrum."

Chronister told reporters he didn't want to "demonize another individual struggling with mental health, but added it was still important to report suspicious activities.

"Who knows the amount of harm that could've been done, had these parents not found the courage to call the sheriff's office and seek help," the sheriff said. "If you see something suspicious, please say something. They called 911 immediately."