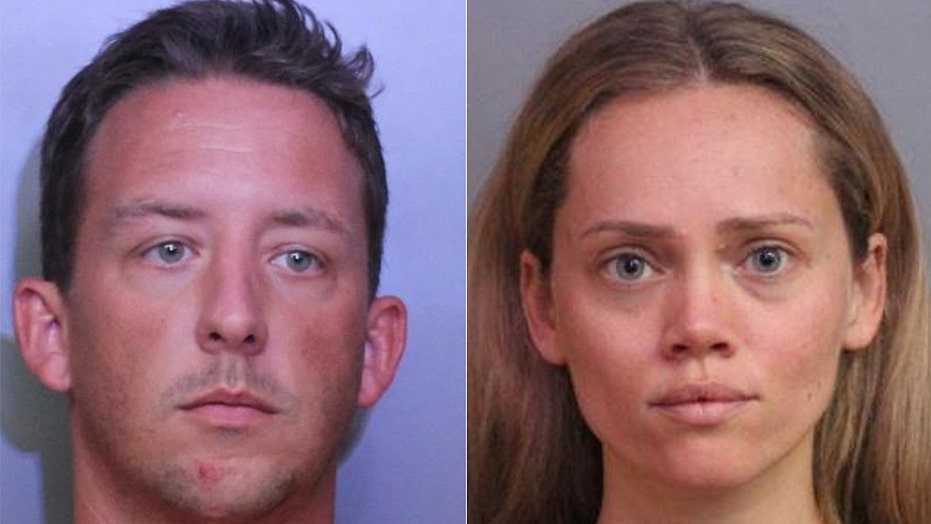 A Florida woman was reportedly arrested after taking firearms from her estranged husband’s home to turn in to police, a day after he allegedly tried to run over her.

Courtney Irby, 32, was arrested last Saturday and charged with one count of armed burglary after an arrest affidavit said she showed up to the Lakeland Police Department station with guns belonging to her husband, Joseph Irby, just one day after he was arrested on a domestic battery charge, WKMG reported.

According to police, Irby admitted to entering her husband’s apartment without permission and taking the guns to the station over fears he “wasn’t going to turn them in” himself.

“I did not even know where the guns were located. I had to search around the apartment for them, so I could bring them to you,” she told police, according to Fox 23.

But the officer speaking to Irby reportedly responded: “So, are you telling me you committed an armed burglary?”

Police contacted Irby’s husband, who was being held at the Polk County Jail for the previous day’s incident, and he informed officers that he wanted to file charges against his wife, WKMG reported.

She was arrested and charged. The Lakeland Police Department did not immediately return Fox News’ request for comment.

The arrest affidavit revealed that the couple had finished a divorce hearing on June 14 when they got into an argument. While trying to leave the courthouse, Irby’s vehicle was allegedly rear-ended by her husband, who was attempting to run her off the road while she was on the phone with police.

Irby’s arrest has sparked public outcry from those criticizing law enforcement for arresting someone who seemed to be concerned with their own safety.

Democratic state Rep. Anna Eskamani said on Twitter that Irby “should not be prosecuted for protecting herself and her family.” She criticized the Lakeland Police Department for arresting someone “seeking help.”