Tina Ballard was arrested Monday by Linville Land Harbor police officers in North Carolina, WPBF25 reported, and is slated to be extradited back to Okeechobee County.

The news comes after the monkey, "Spanky," reportedly jumped out of a shopping cart and grabbed a Home Depot cashier's shirt, leaving “red marks on the cashier’s shoulder and back," the Palm Beach Post reported in May. The incident was not reported to wildlife officials at the time.

In early June, Marilyn Howard, another Home Depot employee in Okeechobee, Florida, claimed she was attacked by Spanky after she noticed the monkey roaming the store’s parking lot with a leash on, Fox News previously reported. 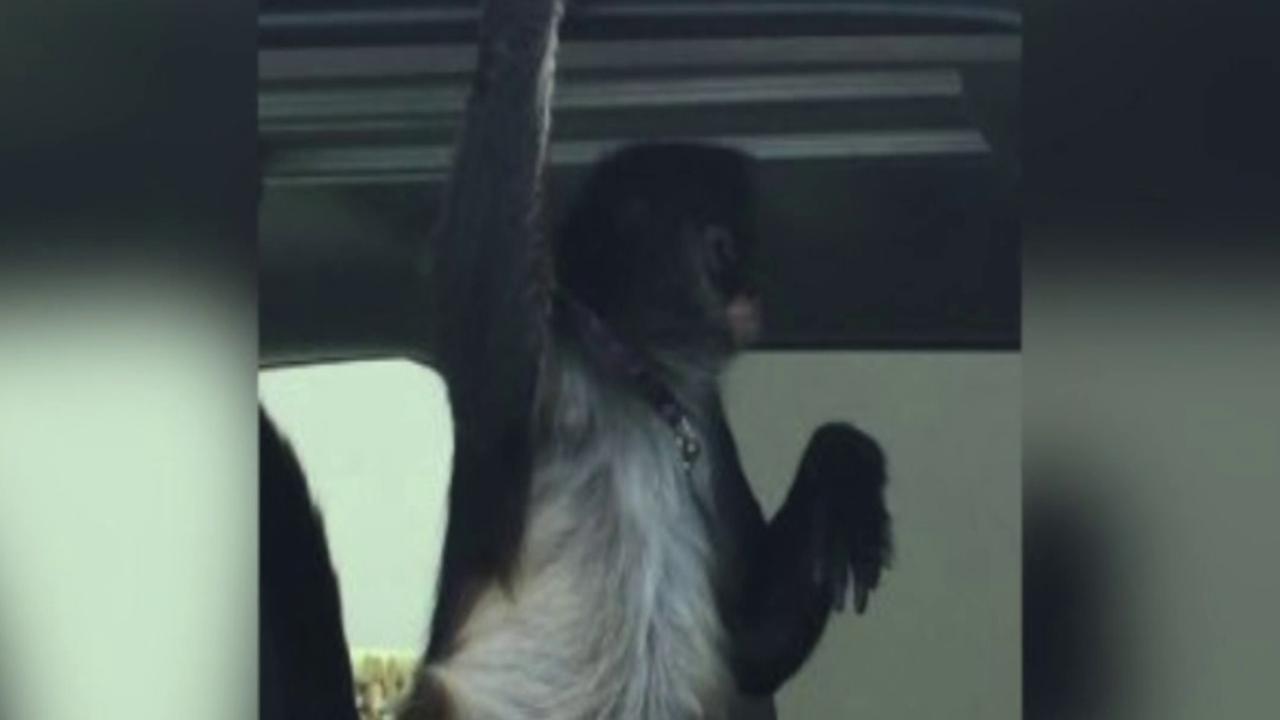 The animal's owner was shopping inside the store.

Howard approached Spanky, which allegedly escaped from Ballard's truck while she was shopping inside. While trying to find its owner, Spanky was spooked by the store’s sliding doors, prompting it to jump on Howard and bite her arm, Howard claimed.

It also reportedly grabbed her hair and lunged off the side of her body, landing in the store’s entrance. At that point, Howard panicked and ran after the monkey. She caught it, but not without a fight: the Home Depot employee also suffered scratches and bite marks to her face and body.

The Florida Fish and Wildlife Commission (FWC), which investigated the second incident, later filed charges against Ballard, which include allowing a wild animal to escape, among others.

Individuals who own wild animals, particularly those that pose a danger to the public, in the state are required to have wildlife permits from the Florida FWC. According to Okeechobee News, Ballard violated the FWC's rules by not having proper paperwork, failing to immunize the spider monkey and not meeting the agency's specific cage requirements.

Ballard, 56, also faces one felony charge of tampering with evidence, as she allegedly took the monkey to North Carolina to hide it, WPBF25 reported.

“She had sent an email to the investigating officer stating that she was aware of the hearing and she was fleeing to North Carolina in order to hide the monkey so that state officials could not take that monkey from her,” Okeechobee assistant state attorney Ashley Albright said.

The monkey, which was in the backseat of Ballard’s car when she was arrested, will be sent to a primate sanctuary, according to WPBF25.