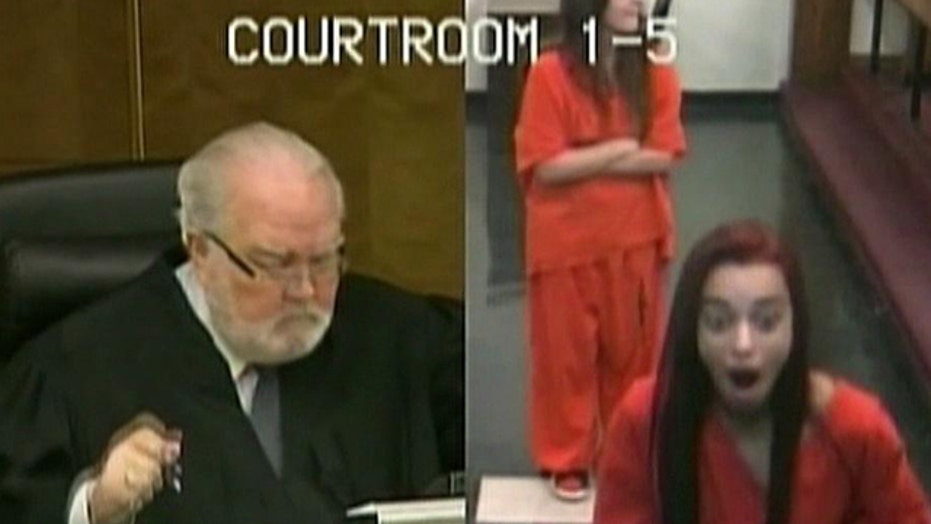 Disrespectful teen versus judge, the rematch

Was teen who flipped off Florida judge less defiant when she returned to his court?

MIAMI – A Miami woman who made national headlines for flipping off a judge was released from jail Friday after she apologized for her actions.

WSVN.com reports that Penelope Soto, 18, made a tearful apology before Circuit Judge Jorge Rodriguez-Chomat, who then dropped contempt charges and vacated her 30-day jail term.

Soto admitted Friday she was under the influence of Xanax and alcohol when she made the obscene middle- finger gesture and rude comments earlier this week directed at Rodriguez-Chomat. Video of the confrontation quickly went viral.

"I apologize not only to the court and you, but to my family," Soto told the judge with tears in her eyes, WSVN.com reported.

Soto tearfully apologized to the judge, who said the episode should be a lesson in how to properly treat people. Rodriguez-Chomat said Soto would have been a convicted felon if he allowed the contempt charge to stand.

Her lawyer said Soto will complete a drug court program, which includes treatment for drug addiction and usually results in charges eventually being dropped for first-time offenders.