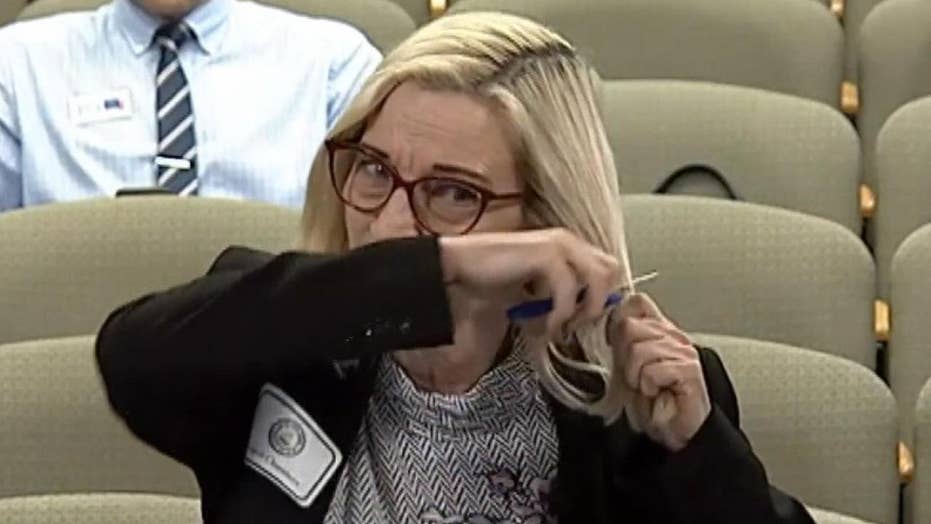 Cinzia Duncan goes to great lengths to show the importance of exploring all options when it comes to saving trees at risk of being cut down by chopping off her hair during a Tampa City Council meeting.

A woman fighting to save trees in Florida went to great lengths to send a message to city officials about exploring all options before cutting down a tree.

With scissors in hand, Cinzia Duncan demonstrated what it means to chop down a tree – by cutting off a chunk of her blonde locks.

“Well, that happened. I can’t undo that. I can’t put it back,” she said at a Tampa City Council meeting, FOX13 reported. “When you cut down these live oaks…you can’t un-plant them.”

Duncan’s actions caused some laughs at the meeting, but it appeared to get the council members’ attention. They approved her proposal for changing the way trees are evaluated when it comes to removing them for construction by a 6-to-1 vote.

Duncan is a member of Tampa’s Tree Something Say Something, an organization formed to help educate city council members, who for the last year have been in the process of re-writing the city’s tree code.

“Once you cut it, it’s gone,” Duncan told FOX13 after the meeting. “And at first they weren't even all looking at me. And then all the sudden I realized they were and I held it in my hand and said, 'Once it’s gone, it's gone.'"