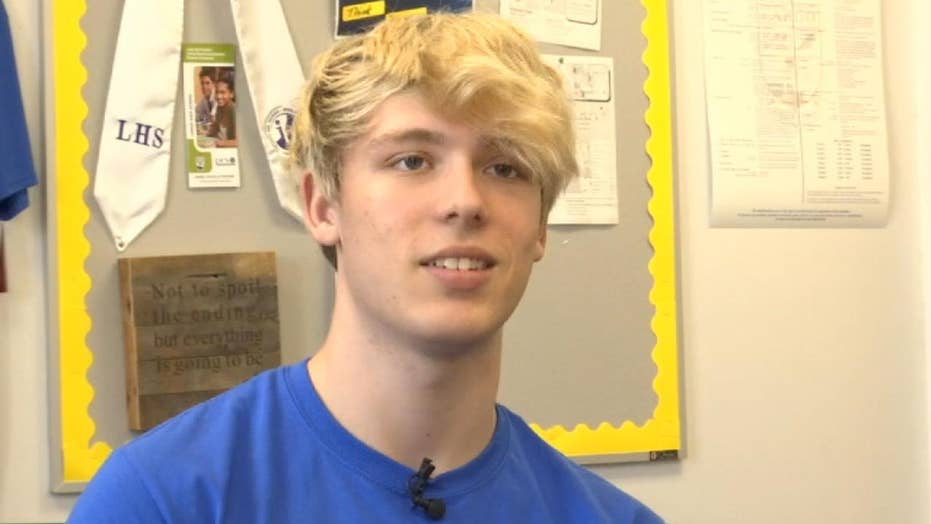 Teen shocked to get perfect 1600 score on SAT

Florida high school junior Jacob Harrison exceeds his goal of a score of 1,550 on the SAT by acing the test with a perfect score of 1,600.

A Florida teenager's goal to do well on the SAT ended up paying off -- and then some -- when he discovered he'd earned a perfect score of 1,600 on the test.

Jacob Harrison, a junior at Largo High School in Largo, Fla., had set a goal to score 1,550 when he first took the SAT back in December. When he checked back in to find out his score, however, the 17-year-old said he got quite a surprise.

"I was shocked, I showed my friend because I was walking to school," he told FOX13 on Tuesday. "We both kind of freaked out for a second and then ran to class."

OHIO STUDENT SUSPENDED AFTER POSTING BIBLE VERSES AROUND SCHOOL: 'I WANTED TO SPREAD THE WORD OF GOD'

Harrison said he studied for the SAT and took practice tests to prepare. But between his other extracurricular activities, the teen wasn't expecting a perfect score.

Jacob Harrison got a perfect score after taking the SAT in December. (FOX13)

"I was just trying to focus, but I kept getting distracted," he told FOX13.

Less than 1 percent of the 2.1 million students who took the SAT in 2018 scored between 1,400 and 1,600, according to the College Board's most recent total group report. Harrison was the first student in Pinellas County to earn a perfect SAT score since 2013, according to FOX13.

His mother, Sheri Harrison, said she was initially confused because she thought her son was joking.

"I thought he was teasing me," she said. "When I saw the 1,600 and realized his name was on his College Board account and saw his name on it, I realized it was true."

Harrison said while he may have achieved a perfect score, he's focused on his other activities and newfound tutoring business. After graduating from high school, the 17-year-old is looking to go on to college to study statistics.

"There's a lot of attention with getting 1,600, but you know, I'm just kind of moving on from it, and focusing on other things in my life," he told FOX13.