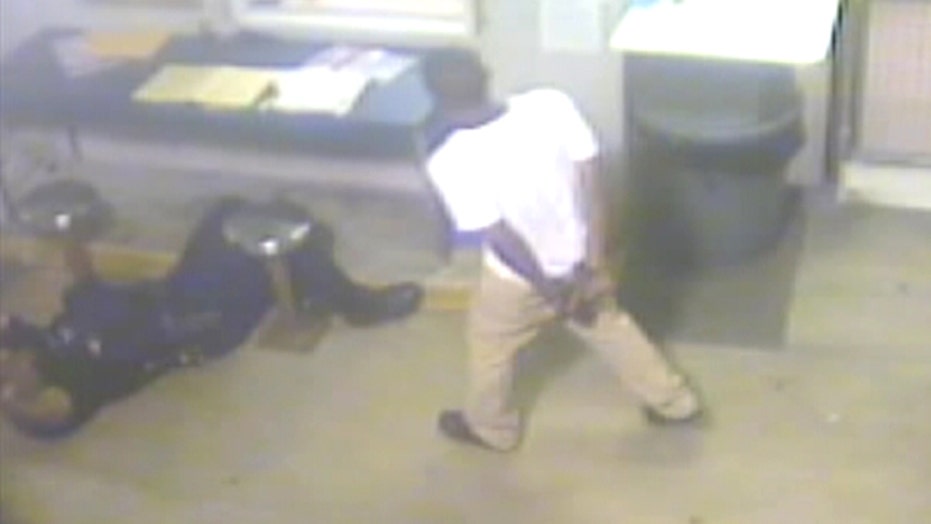 The Fort Lauderdale Police Department is honoring a juvenile offender who helped to save the life of the officer who was booking him into jail.

Jamal Rutledge, 17, and three officers will be recognized Jan. 21 at a city commission meeting for their actions to assist Officer Franklin Foulks.

The Sun-Sentinel reports that this past Sept. 10, Rutledge was at the police booking facility. He had just been arrested and accused of violating his probation by committing burglary and other violations of imposed conditions.

Suddenly, booking officer Foulks, 49, collapsed to the floor. Sitting nearby, Rutledge began kicking the security fence and yelling to alert other officers that their colleague was in distress. The effort worked. The Sun-Sentinel reported that Sgt. Todd Bunin removed Foulkes' police gear and cut off his shirt, while Officer Robert Norvis performed CPR and Officer Raymond Ketchmark used a defibrillator in an effort to restart Foulks' heart.

The episode was captured on security cameras. Doctors at Broward Health Medical Center, where Foulks was taken, told the Sun-Sentinel that Rutledge's action and the officers' quick response were the main reason that Foulks survived. The officer is expected to return to full duty at the end of this month.

According to Fort Lauderdale Police Det. DeAnna Greenlaw, Rutledge has been arrested "multiple times" since September. Details of the arrests and allegations were not clear because he is a juvenile.