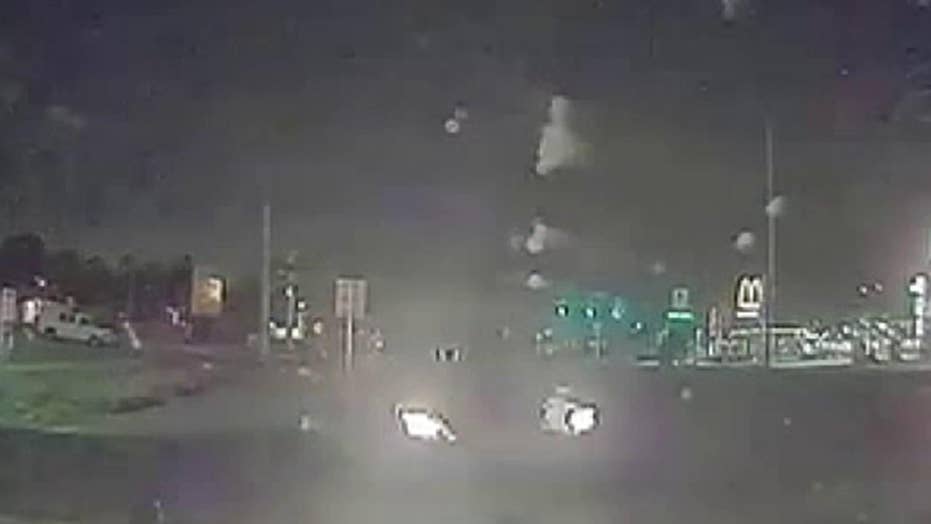 Raw Video: Florida deputy's car is hit as he is preparing to exit the vehicle

A Florida sheriff’s department on Thursday released a startling video of a deputy’s car getting smashed into, urging drivers to stay focused when they’re behind the wheel.

“Please pay attention while driving!” the Orange County Sheriff’s Office said on Facebook, alongside the video.

What led to the crash wasn’t totally clear but the video offered a glimpse into the dangers deputies can face “on the street,” the department said.

The deputy is seen in the video “getting ready to get out of his car when he is slammed into,” according to the sheriff’s office.

The video offered two perspectives of the action – one from inside the deputy’s car and another of the street.

The other involved car appeared to veer off the roadway before ramming into the law enforcement vehicle. The deputy could be seen getting thrown back into the passenger’s seat.

“He was ok” after the crash, the sheriff’s department said, concluding their posts with the hashtags “#itcanwait” and “#eyesontheroad.”