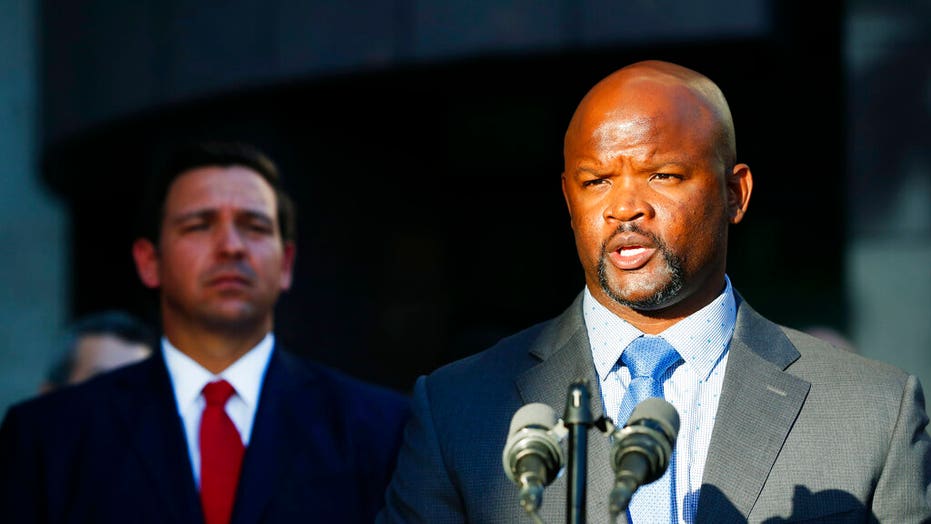 The Florida sheriff who revealed that he fatally shot someone as a teenager is defending his decision not to disclose those allegations, saying that the shooting had been in self-defense and he should be judged instead by his professional experience.

Broward County Sheriff Gregory Tony told reporters over the weekend that he didn't see the need to disclose the 1993 killing to Gov. Ron DeSantis or on other applications during his law enforcement career because he was a juvenile and he was cleared because it was self-defense.

"There's nothing that I had ever done that was a crime," Tony told South Florida's Sun-Sentinel. "Do you walk into an interview and express being a 14-year-old victim or do you go in and speak on the 27 years of professionalism that you've established?"

The shooting came to light Saturday in an article published by the Florida Bulldog and further roiled the August Democratic primary race between Tony and Scott Israel, the fired sheriff who he replaced.

DeSantis fired Israel because of the sheriff's office's mishandling of the Feb. 14, 2018, Marjory Stoneman Douglas High School massacre that left 17 dead and replaced him with Tony. Israel and Tony are the leading candidates in the primary that will likely decide the race in the heavily Democratic county.

BIDEN TO BEAM INTO FLORIDA, THE LARGEST 2020 BATTLEGROUND

The 1993 shooting happened at Tony’s family home in the Badlands neighborhood of Philadelphia, an area known for its violence and open-air drug dealing. Tony told reporters over the weekend that the shooting happened after an argument he and his brother had with 18-year-old Hector Rodriguez, a drug dealer with a criminal record.

Newspaper accounts say the shooting happened on the street, but Tony told reporters Rodriguez pulled a gun and chased him and his brother into the house. Tony said he retrieved his father's handgun and shot Rodriguez several times in self-defense.

After Tony's exoneration, the juvenile court records were sealed. His attorney from that time said he didn't have files from 27 years ago. Tony defended his decision not to inform DeSantis about the shooting.

DeSantis told reporters during a news conference Monday that his office performed a background check on Tony before his appointment, but nothing showed up because the shooting was ruled self-defense and Tony was never charged.

DeSantis said he didn't know Tony personally when he made the appointment but liked Tony's background and law enforcement experience. DeSantis said the feedback he's heard about Tony from Broward County residents has been mostly positive and pointed out that voters will have a chance to keep or replace Tony in this year's election.