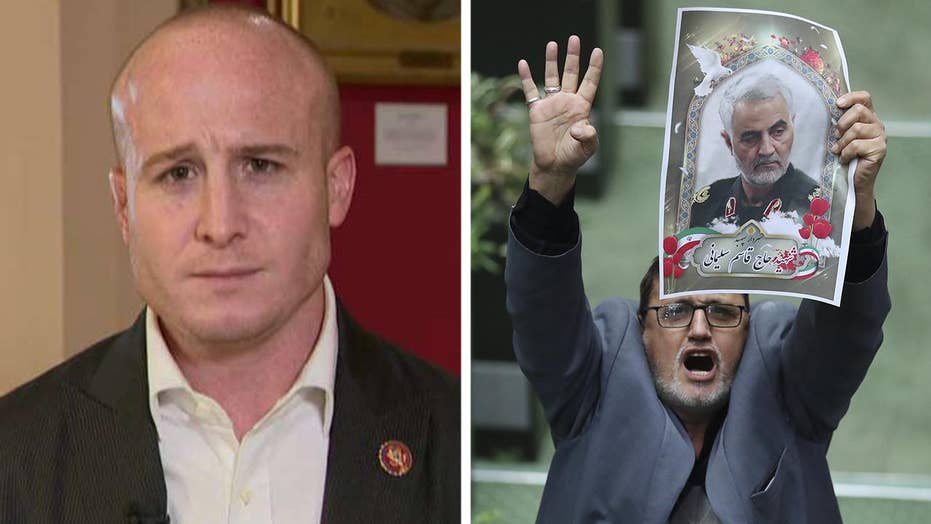 Rep. Max Rose: Killing of Soleimani was legal and justified

A Florida security guard is accused of threatening to kill President Trump in retaliation for a U.S. airstrike that killed Iran’s top military general last Friday.

Chauncy Lump, 26, from the Fort Lauderdale area, faces federal charges of threatening to kill the president and remained jailed Thursday with bond set at $100,000, according to court documents filed Wednesday by the Secret Service.

Agent Lucas White wrote that shortly after Trump announced last week that a U.S. airstrike had killed Qassem Soleimani in Iraq in retaliation for plotting numerous terrorist attacks, Lump, under the name "BlackMan vs. America," began livestreaming a seven-minute video on Facebook.

During that video, agents say Lump made several threats against the president – who was staying at his Mar-a-Lago club, less than an hour away – while periodically displaying a loaded AK-47 semi-automatic rifle.

Lump had white cream on his face, a towel wrapped like a turban on his head, an apparent shower curtain over his body and Middle Eastern music playing in the background, White wrote of the video that Facebook reported to the authorities on Friday.

IRAN’S ‘FINAL ANSWER’ FOLLOWING GENERAL’S DEATH IS TO ‘KICK ALL US FORCES OUT OF THE REGION,’ ROUHANI WARNS

Lump made several threats against the president, including: "He killed my leader, please tell me where is Donald Trump?" and "I need to find the Donald because if I don't find him, I am going to have to blow up Broward County," White wrote.

The affidavit does not say where Lump works as a security guard, but it says he has a concealed weapons permit.

When confronted early Saturday at his home, Lump said he streamed the video in response to Soleimani's death, but said it was a joke, White wrote. But nowhere in the video did Lump say he was joking and conceded, "I should not have did it in the first place," White wrote.

It wasn’t immediately clear if Lump has an attorney who could comment on his behalf.