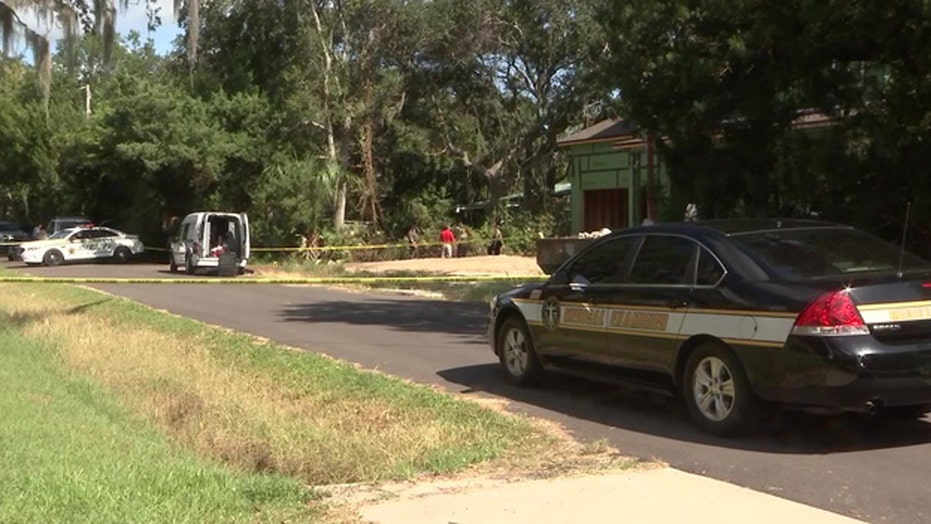 A body of a woman was discovered inside a portable toilet that caught fire and exploded early Saturday at a construction site in north Florida, according to officials.

The St. Johns County Sheriff's Office said on Facebook that authorities responded to the home on North Horseshoe Road in St. Augustine on a report of a porta-potty fire, and discovered human remains inside.

"Regarding today’s discovery of human remains contained within a portable toilet, detectives believe the decedent is a white female," the sheriff's office said. "At this time, we have not received any missing persons reports that may coincide with this incident."

Neighbors told WFOX they heard a loud explosion around 7 a.m., then saw the portable toilet on fire in front of a home under construction in the neighborhood.

"I just was sitting, watching TV and heard a loud explosion," one neighbor told WFOX.

The body of a woman was discovered inside a portable toilet that caught fire and exploded early Saturday in St. Augustine, Fla. (WFOX)

Another neighbor said that investigators had to put on hazmat suits as they sifted through dirt and other areas of the construction site for several hours.

"The portalet blew up so I mean there's nothing left, at all," neighbor Jan Long told WFOX.

St. Johns County Sheriff's Office spokesman Chuck Mulligan told the Florida Times-Union the victim was too badly burned for immediate identification, and an autopsy is scheduled for Monday at the Medical Examiner’s Office.

Mulligan told the newspaper detectives are exploring several scenarios, including that it could have been a medical issue, drug-related, suicide, or "something more nefarious."

"In my 32 years in law enforcement, I’ve never seen one of these before,” Mulligan told the Times-Union.

Sheriff's Office detectives, along with state Fire Marshal's Office investigators and the Medical Examiner's Office, are investigating the death, according to Mulligan.

The sheriff's office is asking anyone who may have a family member or friend who has not been heard from and may be missing to contact the St. Johns County Sheriff’s Office at (904) 824-8304 and ask for the Major Crimes Unit.

Officials said the case has not been classified at this time and remains an undetermined death investigation, pending autopsy findings and additional background information.