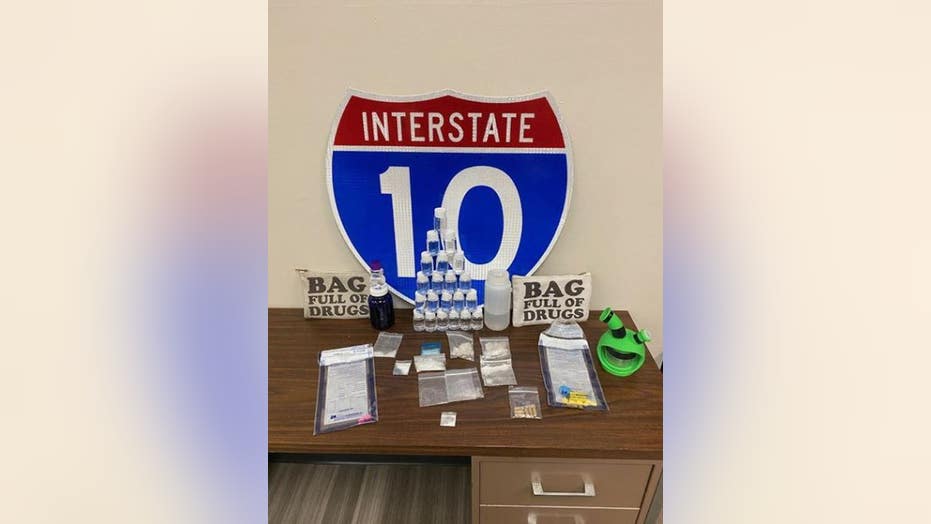 Troopers said they uncovered the not-so-discreet hiding place after pulling the men over for speeding on I-10 in Santa Rosa County.

The Santa Rosa County Sheriff's Office assisted in the traffic stop while offering some advice about the pair's bold choice of concealment.

"Santa Rosa K-9 Deputies recently assisted FHP on a traffic stop on I-10 where a large amount of narcotics were discovered," the department wrote on Facebook Monday. "Note to self- do not traffic your illegal narcotics in bags labeled “Bag Full Of Drugs"