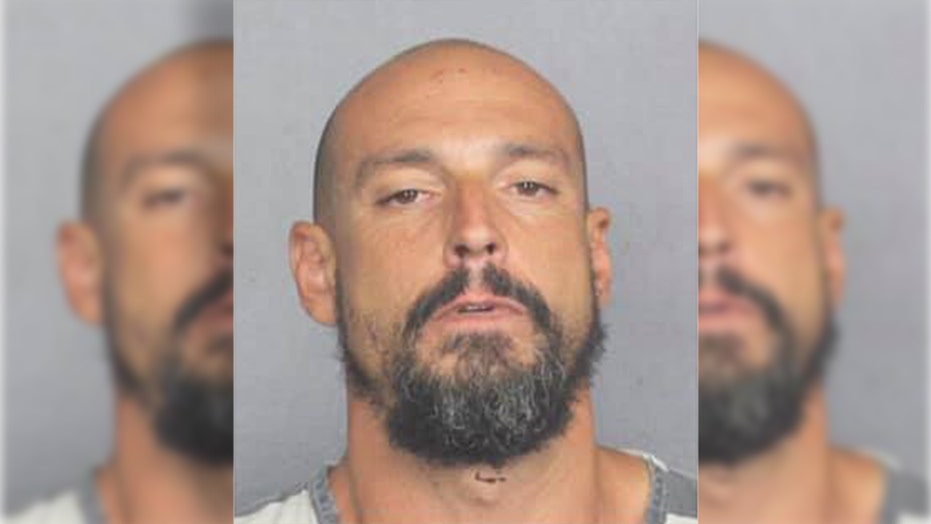 A man in Florida was seen pedaling a bike in the nude before swiping underwear from a sex shop, police reported, saying the man was under arrest.

It all happened this past Thursday evening in Wilton Manors in Broward County, where police said they responded after getting reports from “concerned citizens” of a naked man riding down the street on a bicycle.

After those initial calls, the man then entered the sex shop where he donned underwear he took off the shelf and offered to pay for it with his bicycle, WTVJ reported, posting cellphone video of the arrest.

Mugshot for "John Smith," a man who refused to divulge his name after police accused him of pedaling a bike around Wilton Manners, Fla., in the nude, before stealing underwear. (Wilton Manors Police Department)

The station cited the police report as saying the man then left the shop without paying for the underwear and without the bike.

A police news release reported what happened next.

“The subject left the business continuing to walk up and down Wilton Drive where he removed the stolen clothing item again exposing his sexual organs in public, clearly visible to passing motorists and bystanders,” police spokeswoman Jennifer Graziose said.

She added that officers took the 38-year-old man into custody after providing him "cover.”

The man was booked as “John Smith” on charges of lewd and lascivious exhibit and refusing to divulge his name.