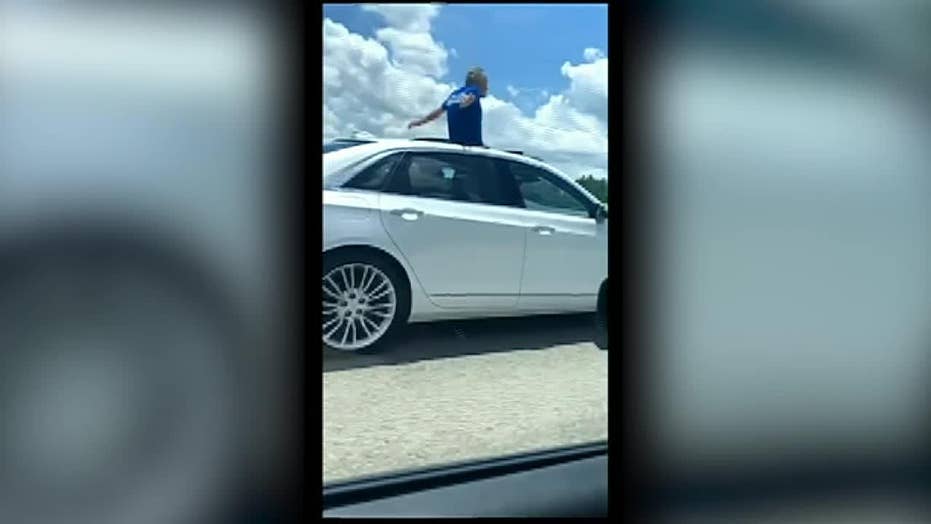 Raw video: The man has been charged with reckless driving after being spotted standing through a sunroof while driving down a Florida interstate.

A Florida man claiming he would rather “go to jail” than back home to his wife was arrested Friday after being caught driving on a highway while sitting on top of his sunroof.

Leonard Olsen, 70, was detained after an off-duty deputy at Hillsborough County sheriff's office recorded the man and reported him to the Florida Highway Patrol.

The deputy said Olsen was speeding more than 100 mph down the highway and later slowed down to 40 mph, WTSP reported. The man then stood up and sat on his open sunroof while the car was still moving.

Leonard Olsen, 70, was detained after an off-duty deputy at Hillsborough County sheriff's office recorded the man and reported him to the Florida Highway Patrol. (Polk County Sheriff's Office)

After being stopped by troopers, Olsen initially denied that he was traveling on his sunroof, saying he didn’t “know about that.”

But the man then told the authorities that he actually wanted to turn himself in, according to the outlet citing law enforcement officials, because he didn’t want to go back home to his wife, who he says does not treat him well.

Olsen told police that his “wife treats me like a servant and she's the mistress” and that he’s “tired of this s---.” The man added that he would rather “go to jail than go back home.”

His wish was granted and Olsen was arrested. After showing the video of him on the sunroof, he admitted his guilt and noted that the car was on cruise control, according to WTSP.

Olsen is facing charges of reckless driving, a misdemeanor.