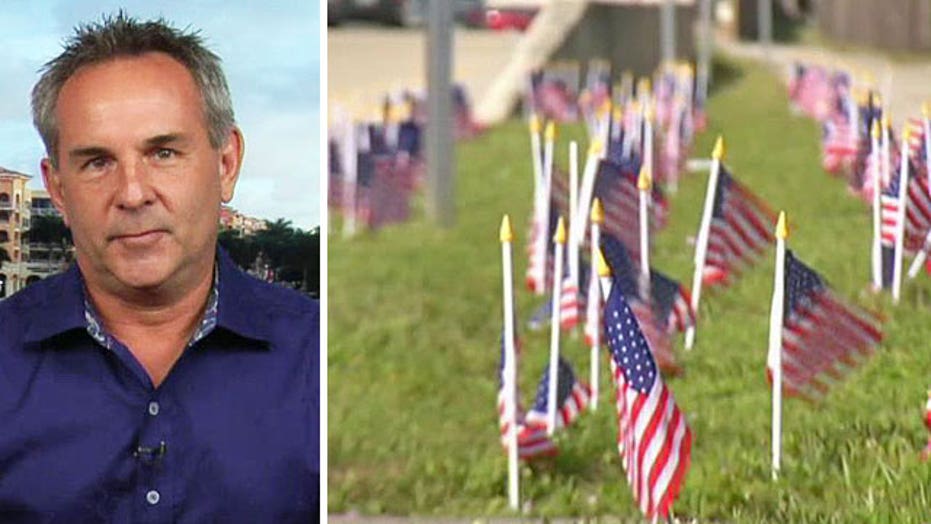 Residents of a Florida city covered their neighborhood with hundreds of American flags Monday in support of a local hardware store told to remove six American flags from its property, The News-Press reported.

The display was put up by Family Hardware employee Jeff Verzi, who was honoring six family members serving in the military, according to the paper. He was told last week to remove the flags after an anonymous complaint citing the city’s rule that prohibits placing banners in the right-of-way.

Verzi refused to remove the flags, and gained the support of Cape Coral residents, whose plan was to put more than 500 American flags in the neighborhood.

"It's all about the veterans," Stange told the paper.

Connie Barron, spokeswoman for the city, told The News-Press that no further action will be taken. She said it’s a good thing to see the community come together.