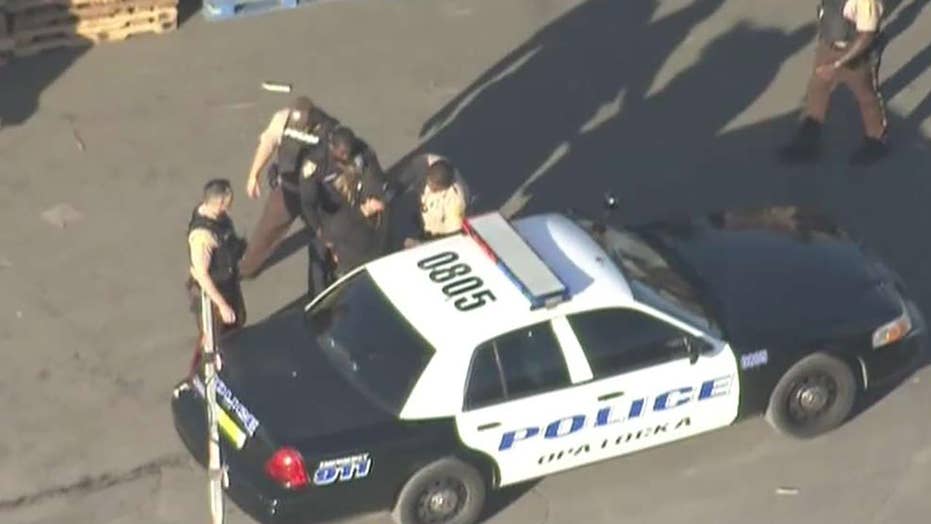 Suspect in custody after stealing a pickup truck at gunpoint and trying to outrun officers.

A high-speed chase through the streets of South Florida on Monday came to a dramatic conclusion after a convicted felon and alleged Latin Kings gang member crashed into a railroad crossing gate before trying -- and failing -- to flee on foot, officials said.

The chase began around 4 p.m. after authorities spotted a stolen truck in the southbound lanes of Interstate 95 in Opa-locka, located north of Miami.

After exiting the interstate, the driver took to the streets of northwest Miami-Dade County, leading cops on a chase with speeds reaching in excess of 100 mph before the stolen truck crashed into a railroad crossing sign.

The suspect, identified by police as 33-year-old Albert Fernandez, tried to flee on foot into a warehouse area but was eventually caught by police.

“It’s dangerous, any chase that involved the safety of the officers or anyone,” Opa-locka Police Chief James Dobson told WSVN.

Police said Fernandez had driven another stolen vehicle to a repair shop where he then stole the pickup truck. During the ensuing chase, the 33-year-old allegedly struck a police car.

Dashcam footage from the stolen car shows the woman weaving on the road before losing control and crashing on a lawn.

“He didn’t take the car there to be serviced,” Dobson said. “Basically, he took the car there, he was waiting to try to find his next victim.”

The 33-year-old was transported to the hospital after claiming he struck his head in the crash, but not before unleashing an expletive-filled tirade at reporters gathered nearby.

Fernandez had been out of prison for nearly two months before the chase, WPLG reported. The 33-year-old had been scheduled to be on probation until Nov. 8, 2020. But he's now facing several charges, including armed carjacking, battery on a police officer, fleeing and eluding and possession of a firearm by a convicted felon.