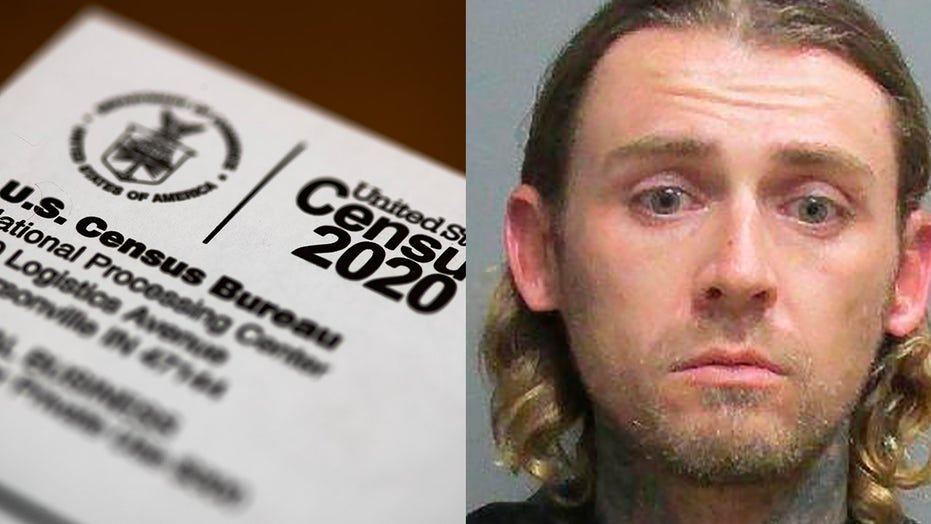 A Florida man was arrested Monday after allegedly brandishing an AK-47 rifle and firing a warning shot at a U.S.  Census working retreating from his property, according to the Flagler County Sheriff’s Office.

Michael Cooper, 32, is accused of threatening census taker Johnny Swinney. Deputies responded to Cooper’s home on Clove Avenue in Bunnell, Fla., around 6:15 p.m. after the federal employee reported Cooper had shot at him, WKMG reported.

According to the incident report, neighbors said Swinney was wearing a U.S. Census Bureau badge which was clearly identifiable on the lanyard around his neck when he approached Cooper sitting on the porch of his home. The census taker also identified himself as a federal worker, and his marked vehicle was marked out front indicating he had come for the nationwide count of every U.S. resident.

Cooper reportedly yelled at Swinney to leave, went into his home, and returned with the weapon. He loaded the chamber and Swinney returned to his vehicle, where his wife was.

Michael Cooper, 32, was charged with aggravated assault with a deadly weapon without intent to kill after allegedly pointing his AK-47 rifle at a U.S. Census worker and firing a warning shot as the federal employee retreated. (Flager County Sheriff's Office)

His wife, Nicole, told deputies that she saw Cooper pointing his weapon at her husband’s back as he walked away from the house. Once in the vehicle, they heard a shot fired in an unknown direction.

Cooper told deputies that Swinney was trespassing and that he didn't see an identification badge. He said he shot a round into the ground because he didn't want to leave it in the chamber.

Cooper was charged with aggravated assault with a deadly weapon without intent to kill and remained held at the Flagler County Jail on Tuesday. The Associated Press reported that the Census Bureau said it was checking on how many threats have been made against census takers during the 2020 count after Monday’s incident.

Hundreds of thousands of census takers have been sent to homes that haven't yet responded to the 2020 census either online, by mail or telephone. The headcount, which determines how many congressional seats each state gets and how $1.5 trillion in federal funding is distributed annually, is set to end at the end of the month.