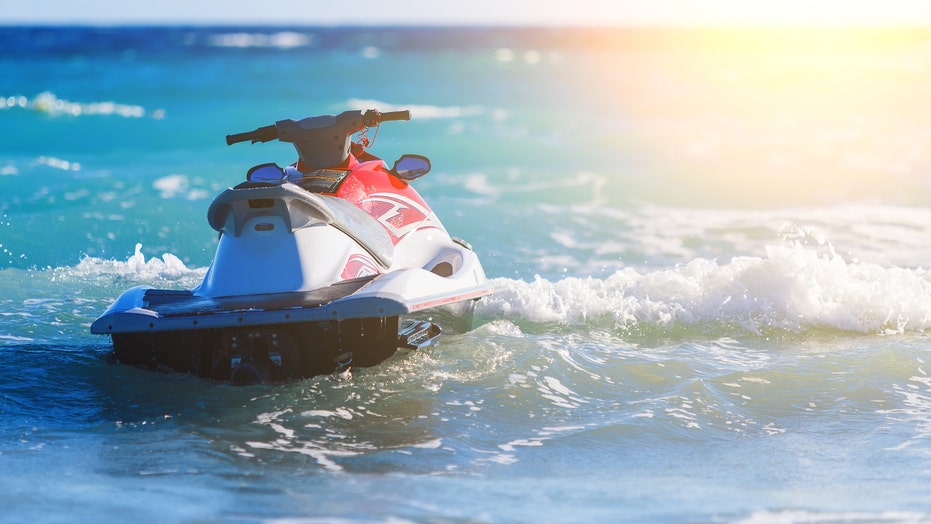 A suspect wanted by the U.S. Marshals Service was in custody this week after leading authorities on a high-speed jet ski chase Monday evening, according to reports.

The chase eventually ended behind a mayor's home, with the suspect soon arrested while trying to get away on foot, according to multiple reports.

The suspect is seen in the video, skipping across the water on a personal watercraft at a high rate of speed, as at least three boats travel behind him in hot pursuit, Miami's WPLG-TV reported.

Tukes ultimately ditched the watercraft and fled on foot before police officers patrolling the area of Hallandale Beach -- located about 20 miles north of Miami Beach -- took him into custody.

“He ditched his jet ski and our police department was coming around on Layne Boulevard and they saw this gentleman walking so they captured him,” Hallandale Beach Mayor Joy Cooper said.

She told the station the chase ended behind her home.

“We saw a police marine vehicle come down our canal and then there were helicopters,” Cooper added.

FWC officials said Tukes originally fled from authorities and led them on a chase that spread from Miami-Dade County to Broward County after he was pulled over near the Haulover Sandbar -- a popular tourist attraction in Miami Beach -- around 8 p.m. Monday, according to Miami's WTVJ-TV

At the time, FWC officials said they were working with the Hallandale Beach Police Department and U.S. Marshals Service to capture the suspect, according to the station.

Tukes had been wanted by the federal agency, who charged him with federal probation violation, WPLG reported. He also faces charges of resisting arrest, as well as fleeing and eluding.

Last month, another jet ski incident in Florida saw a deputy with the Walton County Sheriff’s Office jump on a personal watercraft and chase down a fugitive trying to swim away, body cam footage showed.