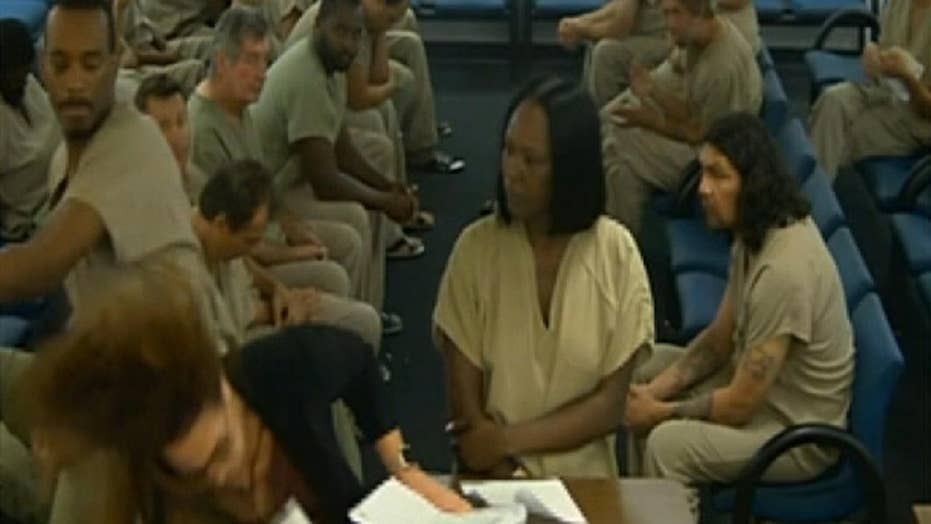 A Florida public defender was taken to the hospital after an inmate approached her from behind and punched her in the head during a bond hearing at the Broward County courthouse on Wednesday.

Assistant public defender Julie Chase was standing next to a female when William Green — who was in court for one count of touch or strike battery — walked up to the attorney from behind and punched her in the head, WSVN reported.

A video showed Chase falling to the floor next to the courtroom podium after Green swung his left fist. Courtroom bailiffs rushed in and appeared to tackle the inmate to the ground as Chase got up and walked away from the scene.

The room was filled with other inmates awaiting their bond court hearings.

Broward Judge Jackie Powell was looking through documents pertaining to Walker’s case when the incident occurred. Powell looked at the monitor and asked, “What happened?” to which another public defender suggested a recess.

FLORIDA HOMELESS MAN CALLS COPS TO REPORT HE PAID FOR SEX -- BUT GOT SCAMMED, POLICE SAY

Chase was taken to the hospital, though the extent of her injuries were unclear. She has been working for the Public Defender’s Office since 2005, Executive Chief Assistant Gordon Weekes told the Sun-Sentinel.

“[Chase is] a very dedicated attorney,” Weekes said. “This is very unfortunate what happened this morning.”