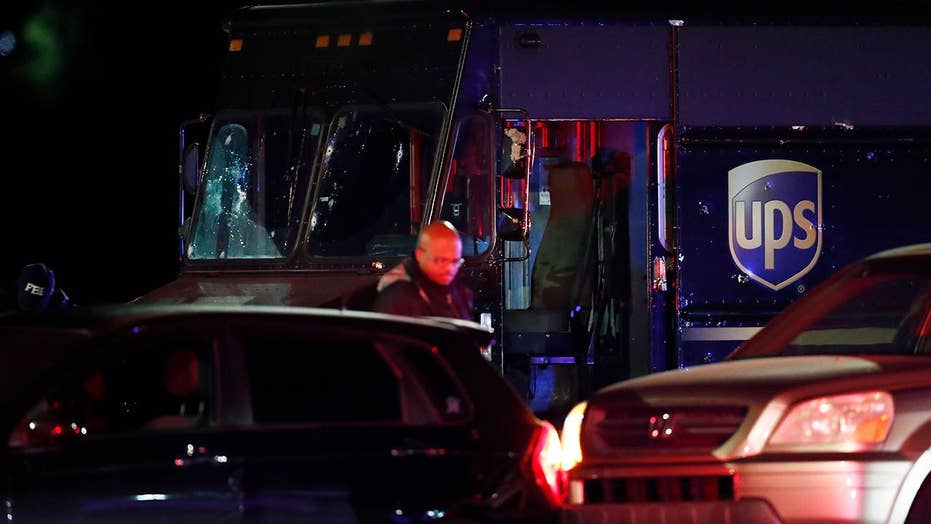 A 27-year-old United Parcel Service driver and an innocent bystander caught in the crossfire were both killed Thursday after a pair of jewelry store heist suspects stole a UPS truck and took the driver hostage, leading South Florida police on a chaotic highway chase that came to a bloody end when cops and the boxed-in thieves exchanged a hail of gunfire.

The deceased driver was identified by his stepfather Friday morning as Frank Ordonez, a father to two young daughters. The civilian, who was not immediately identified, was simply in the wrong place at the wrong time, dying in an idling car that just happened to be in the vicinity when the shootout occurred. Both of the robbery suspects were also killed in the melee, and neither was identified as of Friday morning.

Coral Gables police said the ordeal began with a robbery just after 4 p.m. at Regent Jewelers at 386 Miracle Mile. A woman was shot in the head at the jewelry store, though her condition wasn't immediately clear, Miami's WPLG-TV reported.

The two robbers reportedly sped away from the scene of the crime, ditched their initial getaway car and then jumped into a nearby UPS truck, commandeering the delivery vehicle and holding the driver hostage.

As the UPS truck cruised along Miramar Parkway, about 24 miles north of Coral Gables, dozens of police cars raced to pursue it -- meanwhile, rush-hour traffic in the area largely came to a standstill as terrified drivers waited for the brazen crooks and cops to pass.

But it wasn't long before authorities boxed-in and surrounded the desperate thieves, bringing the dangerous chase to an end but setting off a gun battle.

Authorities have yet to say how each of the deaths on Thursday occurred and wouldn't speculate on if the bystander or kidnapped driver may have died as a result of friendly fire.

Miramar police tweeted that the heist ended in "multiple fatalities," though they noted there were no law enforcement fatalities as a result of the incident.

A UPS spokesman told Fox News: "We are deeply saddened to learn a UPS service provider was a victim of this senseless act of violence. We extend our condolences to the family and friends of our employee and the other innocent victims involved in this incident."