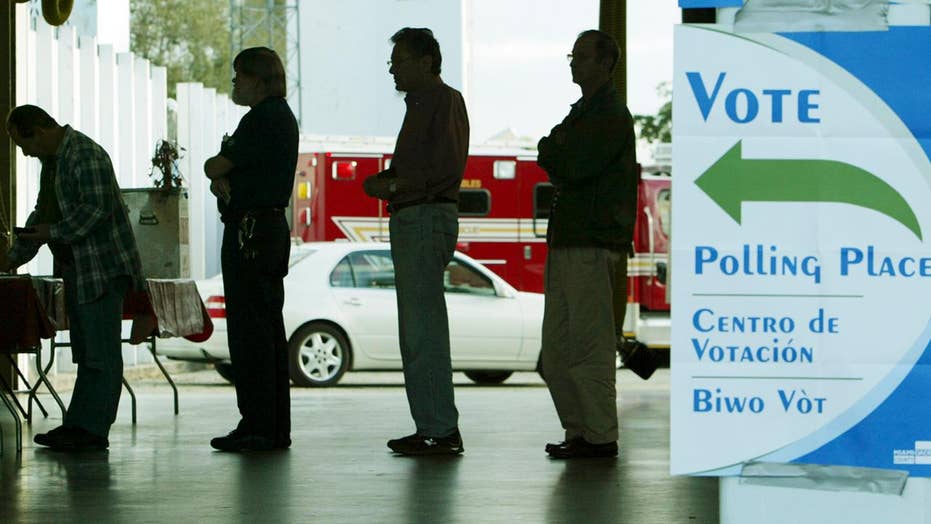 FBI and Department of Homeland Security officials say there was no manipulation of vote totals and the hackers did not impact the outcomes of races during the 2016 or 2018 elections; Phil Keating reports from Miami.

Two Florida counties were hacked by Russians during the 2016 elections, but the security breach was “nothing that affected the vote count,” Gov. Ron DeSantis said at a press conference on Tuesday.

"I recently met with the FBI concerning the election issue mentioned in the Mueller report," DeSantis said. "Two Florida counties experienced intrusion into the supervisor-of-election networks. There was no manipulation."

DeSantis’ statements confirm findings detailed in Special Counsel Robert Mueller’s report on alleged Russian meddling in the 2016 elections. The report said "the FBI believes that this operation enabled [Russian military intelligence] to gain access to the network of at least one Florida county government" during the 2016 election.

The governor was briefed by the FBI on Friday and told that, in fact, two counties were penetrated. He said he could not say which counties were affected because of a nondisclosure agreement with the FBI.

In July 2018, Mueller’s office indicted at least 12 people believed to be working on behalf of the Russians, alleging that hackers used a fake email account that mimicked that of the Florida-based company VR Systems, which provides several Florida counties with voter registration systems, “to send over 100 spearphishing emails to organizations and personnel involved in administering elections in numerous Florida counties,” according to the indictment.

Hackers may have been able to gain access to voter information that is already a matter of public record, but the data breach did not affect the actual vote tallies, DeSantis said.

“The two counties at issue here, the FBI was working with them in 2016, to identify and to take whatever actions happened,” DeSantis said, indicating that the two counties knew about the security threat prior to the 2016 election.

Ahead of the midterms in 2018, Sen. Bill Nelson, D-Fla., who was up for re-election at the time, warned that Russians had “penetrated certain counties in the state and they now have free rein to move about,” he said to The Tampa Bay Times.

Nelson was defeated in the Senate race by Gov. Rick Scott, R-Fla., who denied knowing about any such security threat and said Nelson’s claims only stoked fears of Russian meddling.

The former governor, who held office at the time of the cybermeddling, will be briefed by the FBI on Wednesday.