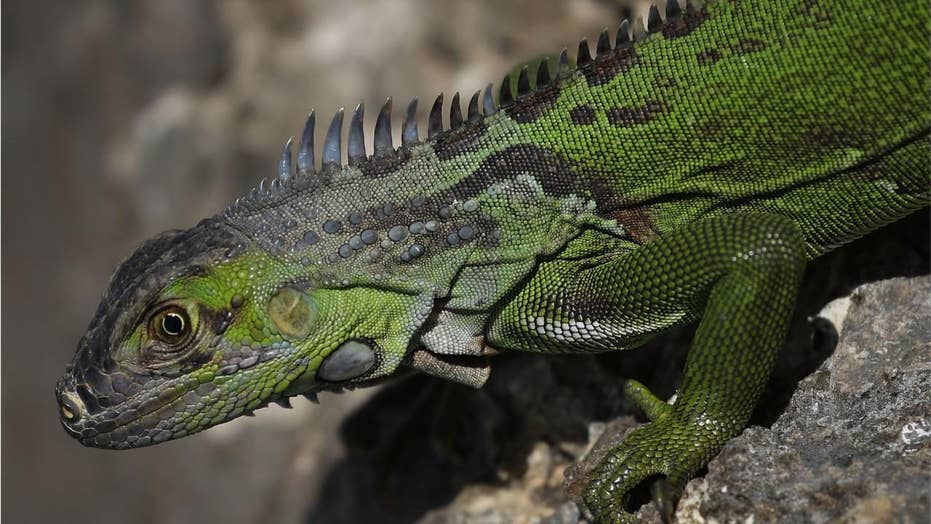 Florida encourages homeowners to kill green iguanas ‘on their own property’

Florida encourages residents to kill green iguanas ‘on their own property’

Florida is encouraging homeowners to kill green iguanas amid an unwanted population boom.

Green iguanas are considered an "invasive species" because of the damage they can cause, according to the FWC.  (ufl.edu)

The green iguanas cause damage to seawalls, sidewalks and landscape plants, the FWC said.

Wildlife scientist Joseph Wasilewski of the University of Florida told ABC News that green iguanas “will destroy agriculture, undermine roads, cause electrical transformers to fail, they can transmit salmonella and can be an FAA safety hazard.”

The reptiles are native to Central and South America, having only appeared in Florida in the 1960s, according to the FWC. Cold weather kept the population in check, but rising temperatures have allowed the creatures to proliferate in Florida, the FWC said.

“It saddens me that all of these magnificent animals, along with multitudes of other invasive reptile species have to be put down,” Wasilewski said. “There is no alternative for the problems.”