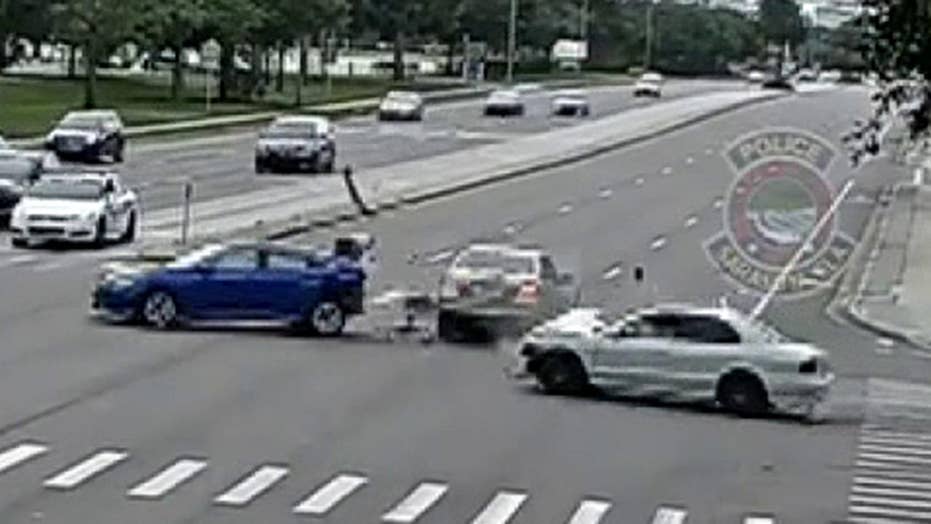 No serious injuries were reported, the driver was cites for running a red light by the Sarasota, Florida Police Department with the possibility of further charges

Dramatic video that police in Florida posted Monday on Twitter captured a driver running a red light and slamming into two cars without stopping.

Traffic cameras were rolling around 6:45 p.m. last Saturday night when a driver plowed into two cars driven by people who had the green light at a Sarasota intersection while a police officer was there and witnessed the crash, Fox 13 reported.

Sarasota police posted the video writing, “We’ve said it before and we’ll say it again. We need drivers to #StopOnRed.”

Police added, “Thankfully there were no major injuries.”

Police said the driver who caused the crash received a citation for running the red light.

Police said the crash was still under investigation and the driver could face charges, Fox 13 reported.