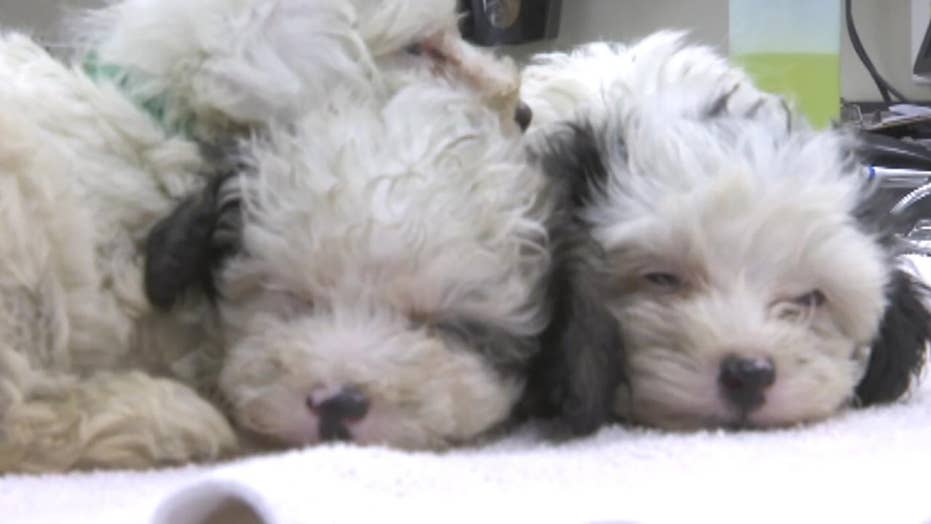 More than 300 dogs seized from breeding facility in Florida

Video: More than 300 dogs have been seized from Trish's All-Breed Grooming facility in Florida. Animal control officials say the owner never improved conditions and is no longer allowed to breed.

Hundreds of dogs were seized from a breeding facility in Florida on Monday by animal control officials who said the animals were not cared for and kept in deplorable conditions.

Trish's All Breed Pet Grooming, located in East Tampa, was overcrowded and the more than 340 dogs inside were suffering, according to investigators. One puppy was found dead.

“It was overcrowding, skin issues, eye issues; just filth,” Roger Mills, director of Hillsborough County Animal Control, said, according to WTVT. “The place isn’t kept up. Animals had urine and feces stains on them. I mean, some of the ones we looked at had hardly any teeth.”

Investigators looked into the breeding business after they received several complaints from customers in recent months. The owner of the facility didn't follow through on improving conditions for the animals, so a judge reportedly ordered that the dogs be removed from the premises.

Scott Trebatoski, director of the Pet Resources department of Hillsborough County, told WFTS-TV that some cages that were meant for just one or two animals were housing 20 or 30.

The owner of Trish's All Breed Pet Grooming, who could face charges, is not allowed to own or breed the dogs at any point in the future.

But Mills said they can't seem to find the owner.

“It’s very frustrating when we are trying to accomplish certain tasks, to accomplish things to get done that we directed them to do and they don’t happen and we can’t even get the owner to come forth," he said.

Authorities are investigating the business and trying to find places for the dogs, who won't be up for adoption until the investigation is complete.