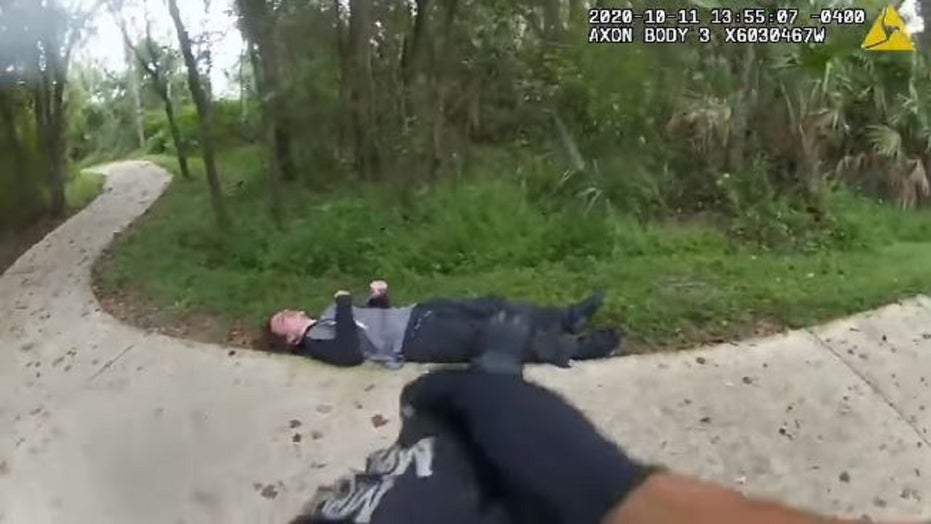 A Florida sheriff's deputy was stabbed in the neck Sunday while chasing a suspect through a wooded area, authorities said Monday.

The Hillsborough County Sheriff's Office released body-camera footage of the incident showing deputies responding to a home in the Tampa suburb of Lithia to assist another agency with an involuntary mental health evaluation.

Nicolas Furgason, 21, was cooperating with deputies when he fled after learning he would be admitted to a mental health facility under a state law that allows involuntary institutionalization.

He ran into a wooded area and was pursued by Deputy Charles Williams on foot while another pursued him in a patrol vehicle. Williams caught up with Furgason on a trail and tried to de-escalate the situation, authorities said.

"Unknown to the deputy, Furgason had a knife on him," the Sheriff's Office wrote on its Facebook page. "Furgason pulled the knife out and stabbed Deputy Williams in the neck before fleeing the area and ignoring verbal commands to stop."

Williams chased Furgason for another 100 yards before using a Taser and detaining him. Willaims was taken to a hospital and released Monday morning.

"Deputy Williams used an incredible amount of restraint after being stabbed in the neck by deploying less-lethal force on an individual who attempted to take his life," Hillsborough County Sheriff Chad Chronister said.