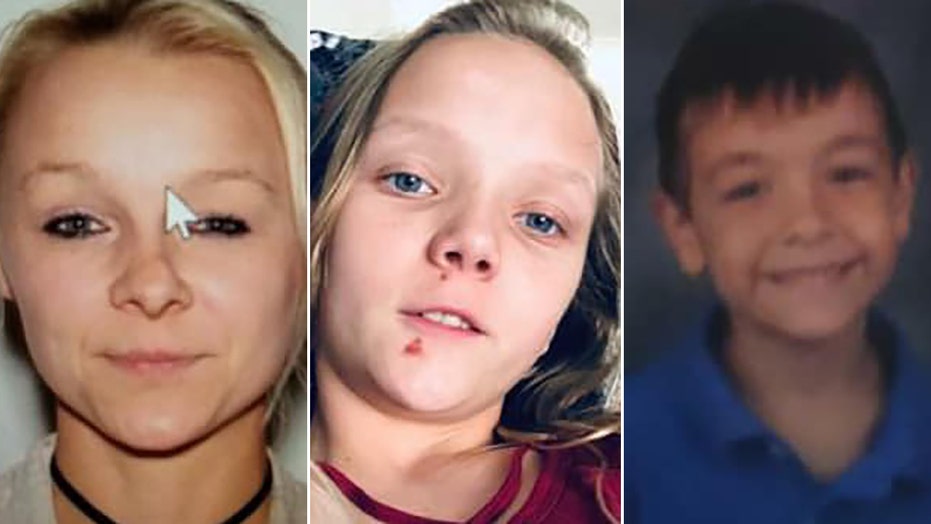 Deputies in Florida were searching for two children who went missing Friday after an unsupervised visit with their mother, who had lost custody due to a violent domestic living situation, authorities said.

Isabelle Jones, 11, and 5-year-old Xzavier Espinosa were last seen with their mother, Margarita Guiterrez, at a Lowe’s hardware store in DeLand, the Volusia County Sheriff’s Office said in a news release.

FLORIDA AUTHORITIES INVESTIGATING OFFER TO SELL BABY FOR $500 ON CRAIGSLIST

The children’s grandmother had taken them to meet Guiterrez at the store around 12:30 p.m. for an unsupervised visit, deputies said. When Guiterrez failed to return with her children at the required time of 5:30 p.m., the sheriff’s office was alerted.

Guiterrez had lost custody to the children’s grandparents because of a violent domestic living environment with her and her live-in boyfriend, deputies said. It was unclear what type of violence occurred at the home and to whom.

Sheriff’s deputies in Marion County, where Guiterrez lives, were unable to contact her or the children at her home, authorities said. It was unclear what type of vehicle Guiterrez was driving.

Guiterrez failed to return the children to their grandmother at the required time and has not been heard from since Friday, deputies said. (Volusia County Sheriff’s Office)

Isabelle and Xzavier have since been registered with state and national databases as missing, the sheriff’s department said.

Deputies have asked anyone with information about their whereabouts to contact authorities.