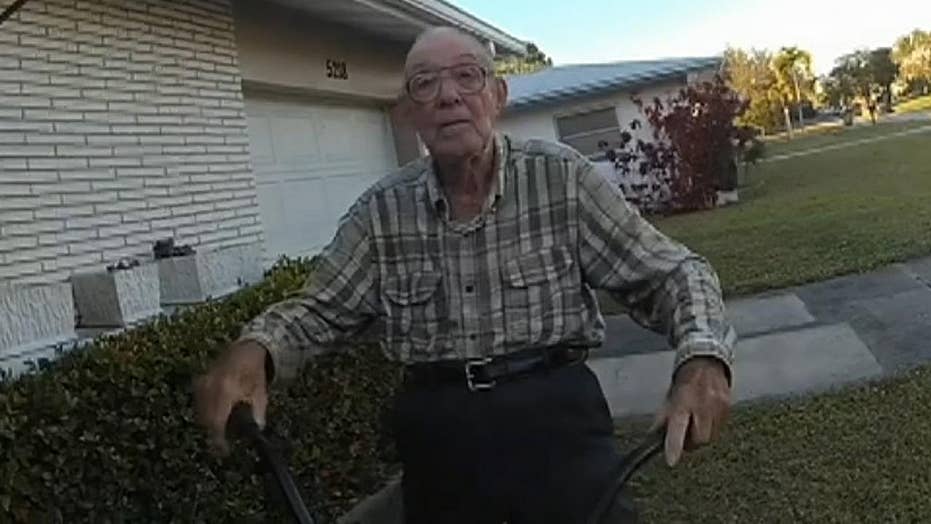 Raw video: Two Florida police officers deliver new bike to man after they responded to a report that his bicycle was stolen.

A Florida resident had his only mode of transportation stolen — so two police officers got him a new one.

Cape Coral field training officer Ken Cody and officer trainee Guang Song received praise after they bought a “brand spankin’ new” bike for a man identified only as Robert, who had reported his bike stolen from a Winn-Dixie supermarket in south Cape Coral.

The officers didn’t want Robert, said to be in his 80s, to lose his only mode of transportation, so they went to a local Walmart and bought him a replacement.

The officer’s body camera video shows the men delivering the new bike to Robert at his home.

“Is this a new one, here?” Robert asks the officers before testing out the bike.

The officers are seen helping Robert adjust the seat, showing him the bike's features and giving him a new lock with a key to ensure his new ride isn't stolen.

“I’m still going to try and figure out who stole your other bike,” the officer tells Robert, who responds, “I understand these things take time.”

“Take it for a ride, Robert!” the officers say.

As the officers were leaving, a man who saw the exchange then tells them: “You guys are the greatest in the world. I’m almost crying. God bless you.”

The Cape Coral Police Department posted the video on its Facebook page on Monday and the post received more than 13,000 views as of Wednesday. Police said they were still searching for the bike thief.