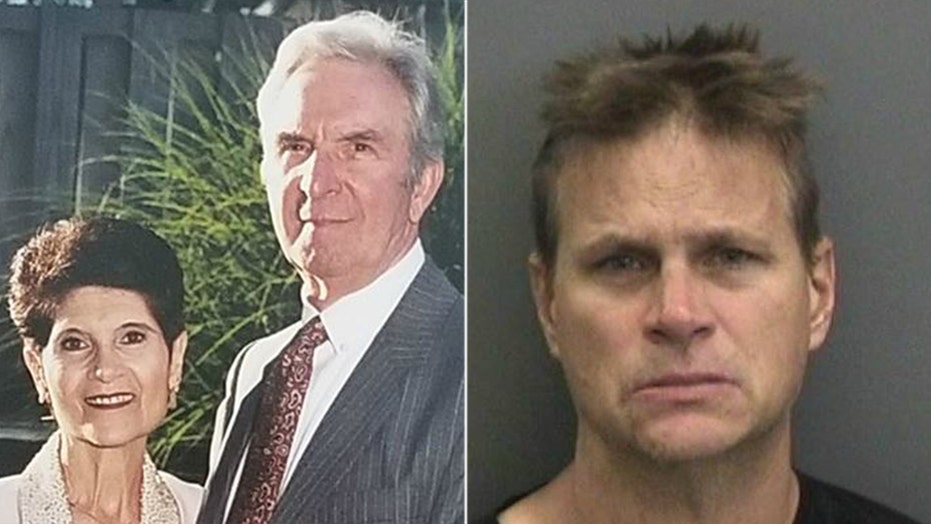 A man linked eight months ago to a Florida 1998 cold case murder -- when he applied for a job requiring his fingerprints for a background check -- has been sentenced to life in prison for the crime.

Todd Barket, 51, of Brandon, Fla., was told his sentence Friday in West Palm Beach after he was found guilty of first-degree murder in the death of 68-year-old Sondra Better in August 1998.

Better was working at Lu Shay's Consignment Store in Delray Beach when she was stabbed and beaten to death during a robbery, investigators said.

“We prayed this day would come and it has,” Better’s daughter Robin Shores said, as the Florida Sun-Sentinel reported.

Sondra Better, left, seen with her husband in a file image, was 68 and working at a consignment shop in Delray Beach when she was killed. Todd Barket, right, was sentenced to life in prison for her murder. (Delray Beach Police Department)

Police said they got their big break in the unsolved case this past December when Barket applied for a job that required a fingerprint background check.

His fingerprints matched those found on a decorative marble ball at Lu Shay’s, the Palm Beach Post reported. His DNA also matched evidence from the crime scene.

Cops said they hadn’t had his fingerprints because he had no rap sheet.

During testimony this past Thursday, Barket admitted he was in the shop on the day of the murder but denied killing Better, the Post reported. He said he stole $100 from the cash register when he realized no one was around.

That seemed to be an unfortunate coincidence, prosecutor Richard Clausi Jr. told Barket, as the paper reported.