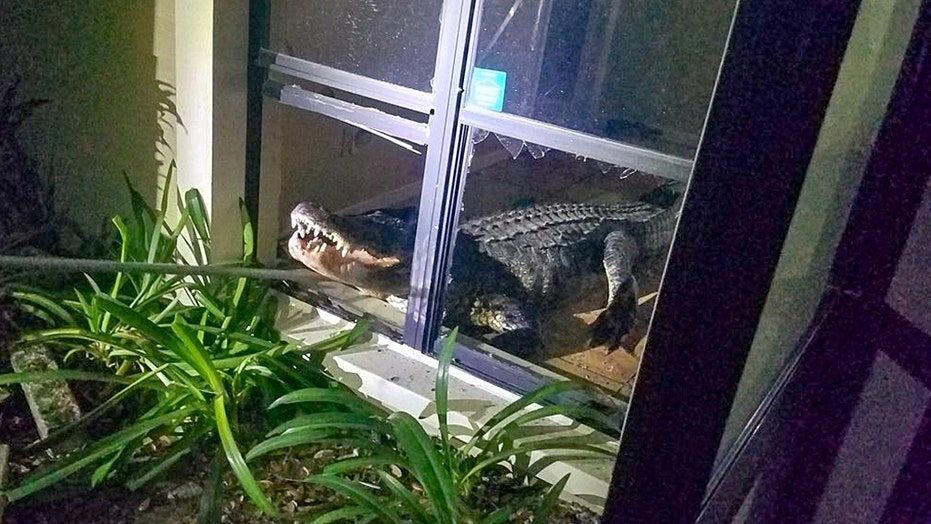 A large alligator was nabbed after breaking into a Florida home in the middle of the night.

The creature broke through a ground-level window around 3:30 a.m.

Wicshhusen heard a noise, went to check and then ran back into her bedroom, closed the door and called 911.

“I’m sorry, it is in your kitchen?” the 911 dispatcher asked, according to the station.

Moments earlier a woman delivering newspapers called 911 to say there was a thrashing alligator right outside Wicshhusen’s house.

Alligator that broke into a woman's Florida home was hauled away to a private farm. (Clearwater Police Department)

“If that owner wakes up there's going to be in big problem because it’s right there in front of the door,” she said, according to Fox 13.

Police said during the apprehension, the gator, who suffered minor cuts, knocked over a wine case, breaking several bottles.

He was brought out the same way he got in and was headed to a private location to recover from the "traumatic experience," they said. His next stop after that could be a private farm if he is deemed "a good candidate for relocation."