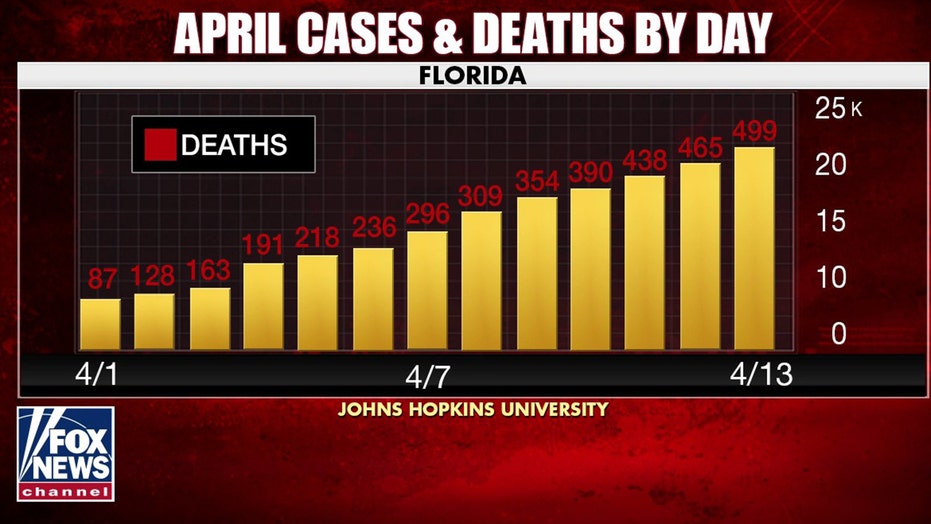 Florida could be next coronavirus hotspot as cases spike

A Florida homeowner has been charged with violating the state's executive order linked to the coronavirus pandemic after a party at her rental property apparently led to a shooting, police say.

The Hillsborough County Sheriff’s Office, according to WTVT, was called to the Tampa home of Natalia Rodriguez Cuervo early Saturday morning following reports of shots being fired from a vehicle into the residence.

Police told the station that an altercation between several juveniles led to that shooting, although nobody was hurt and the suspects involved fled the scene before officers arrived.

The home where the shooting incident occurred, according to WTVT. (Google Maps)

However, during the investigation, police discovered the people inside the home rented it out earlier this month through Airbnb because they wanted to have a party, WTVT reports.

Investigators then confronted Cuervo, who reportedly claimed she wasn’t aware of Gov. Ron DeSantis’ executive order stating that “vacation rentals are prohibited from making new reservations or bookings and shall not accept new guests for check-in" during the coronavirus outbreak.

“Alleged ignorance of the law is no excuse for not following it. Our deputies have worked for weeks to educate and encourage the public to follow the emergency orders,” Sheriff Chad Chronister told WTVT. “As I’ve stated continuously, we will continue to enforce the emergency orders, especially when blatant disregard for them puts the lives of others in danger.”

Cuervo, 23, was handed a copy of the executive order and charged with Violation of an Emergency Management Rule or Order – a misdemeanor of the second degree.