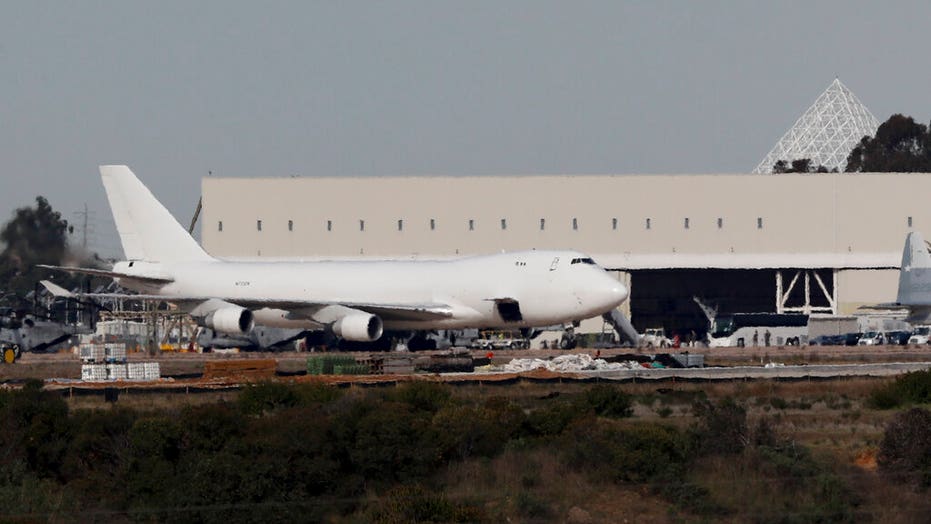 An airplane carrying 178 people who lived in Hubei province in China, the epicenter of the coronavirus outbreak, landed at an Air Force base in Northern California on Wednesday morning and are being quarantined there for at least 14 days as officials from the Centers for Disease Control and Prevention (CDC) evaluate them and determine if they have contracted the virus.

Dr. Henry Walke, heading the local team from the CDC, told reporters at a press conference Wednesday that all of the individuals, most of whom are Americans -- ranging in ages from younger than 2 to 65 years old -- have been "classified as being at high risk of exposure" to the disease because they lived in the vicinity of where the outbreak first occurred.

At least one small child on the flight had a fever and is being evaluated at a hospital near Travis Air Force Base, where the other people are being quarantined, Walke said.

Walke said officials performed medical evaluations and screenings on all of the evacuees before, during and after the 11-hour flight, but added that the flight crew used protective equipment on themselves and do not need to be quarantined.

Medical officials will continue to monitor each patient's temperature and observe their respiratory symptoms to evaluate whether they exhibit signs of the virus. After the 14-day period -- the first precautionary quarantine order issued by the CDC in more than 50 years -- if they are deemed healthy, all of the individuals will be released to their families, Walke said.

"We don't believe these people pose a risk to this community," Walke said, adding that it is unnecessary to wear face masks.

Walk said that the Westwind Inn on the base, where the evacuees are being housed, has an open recreation space and various facilities to do laundry, get meals and do activities, but CDC officials have advised against children sharing toys.

“They’re not stuck in their room,” Walke said. “The housing is that there are common spaces. There’s also a large outdoor area. There are kids among these evacuees, and so we have people on the staff who are working to put together activities.”

A second plane also landed from Wuhan at the base on Wednesday morning. Those 172 evacuees transported to Marine Corps Air Station Miramar in San Diego County.

The death toll from coronavirus reached 490 on Wednesday. More than 24,000 people have been infected worldwide. Overall, at least 25 countries have reported cases of coronavirus. Currently, the U.S. has confirmed 12 cases -- six in California, one in Arizona, one in Washington state, one in Massachusetts, two in Illinois and one in Wisconsin. No deaths have been reported in the U.S., and the large majority of cases still remain in China.